Two children killed, two persons injured in blast of mine left behind by Daesh terrorists in Amya vi 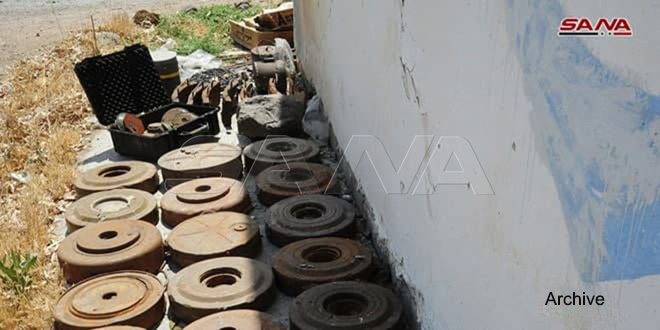 Hama, SANA – Two children were killed, and two persons were injured in a blast of a landmine
left behind by terrorists of Daesh in Amya village in Salamiyah area, Hama eastern countryside.

A police source told SANA reporter that a land mine went off on Friday in Amya village in Salamiyah countryside, claiming the lives of two children and injuring two citizens.

18 citizens were martyred on March 7th in blast of two mines in Salamyah countryside.