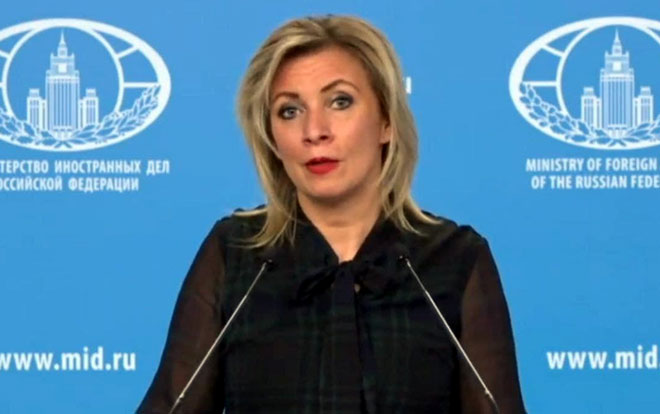 Moscow, SANA – Spokesperson for Russian Foreign Ministry, Maria Zakharova, affirmed that her country opposes Western attempts to impose sanctions on Syria during the next conference of countries parties in the Chemical Weapons Convention.

“The West ironically destroys norms and charters of the chemical weapons convention, exceeding Executive Council of the organization and seeking to impose sanctions on Syria during the next conference of states parties in the agreement,” Zakharova said in a media briefing on Friday.

She added that the OPCW has turned into a tool to serve the geopolitical interests of a narrow group of countries. Zakharova stressed that the investigations carried out by the organization in Syria about alleged chemical attacks are politicized and lack credibility for a long time, particularly the false report about Douma incident in April 2018 and the provocation that took place a year ago in Khan Sheikhoun.