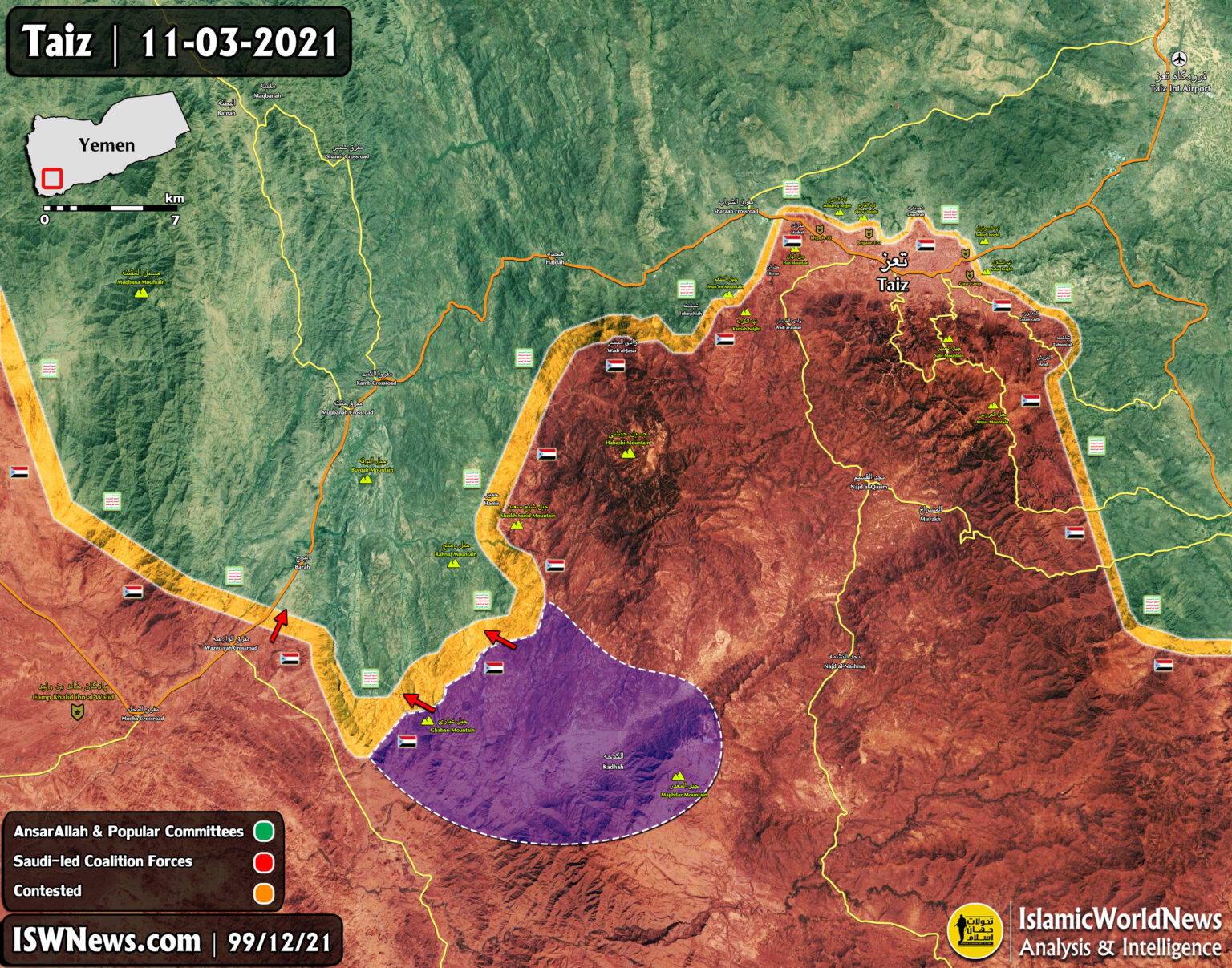 ISWNews Analysis Group: AnsarAllah retreated from its positions southwest of the city of Taiz in the Kadha region.

During the recent operation of Mansour Hadi and National Resistance Forces (under the command of Tariq Saleh) with the support of the Saudi coalition, which began on March 6 in the districts of Jabal Habashi and Maqbanah in Taiz province, Mansour Hadi forces from the east and Tariq Saleh forces from the west attacked Ansar Allah positions in the al-Kadha pocket, and eventually Ansar Allah withdrew from al-Kadha, Ghobari mountain and several other villages in the area to avoid heavy casualties.

As mentioned in the previous articles, Ansar Allah was not in a good situation in this area due to its quasi-siege situation and there was a possibility of retreating from it.

Currently, the main conflict zone is located south of al-Barah and Rahanj mountain and the Saudi coalition trying to push back Ansar Allah from these areas.
“Al-Barh-Hajdah” are areas where Ansar Allah is resisting hard to prevent clashes from entering Ibb province and also from the fall of the western areas of Taiz province.

The ousted Mansour Hadi government claims that Ansar Allah, by controlling the northern roads of Taiz province, is besieging the Taiz city and preventing international aid from entering the city. The claim comes as the southern roads leading to Aden, which are shorter than the northern roads leading to Sanaa, are under the control of southern forces, and the coalition could easily prevent a siege of Taiz by putting pressure on the Southern Transitional Council.