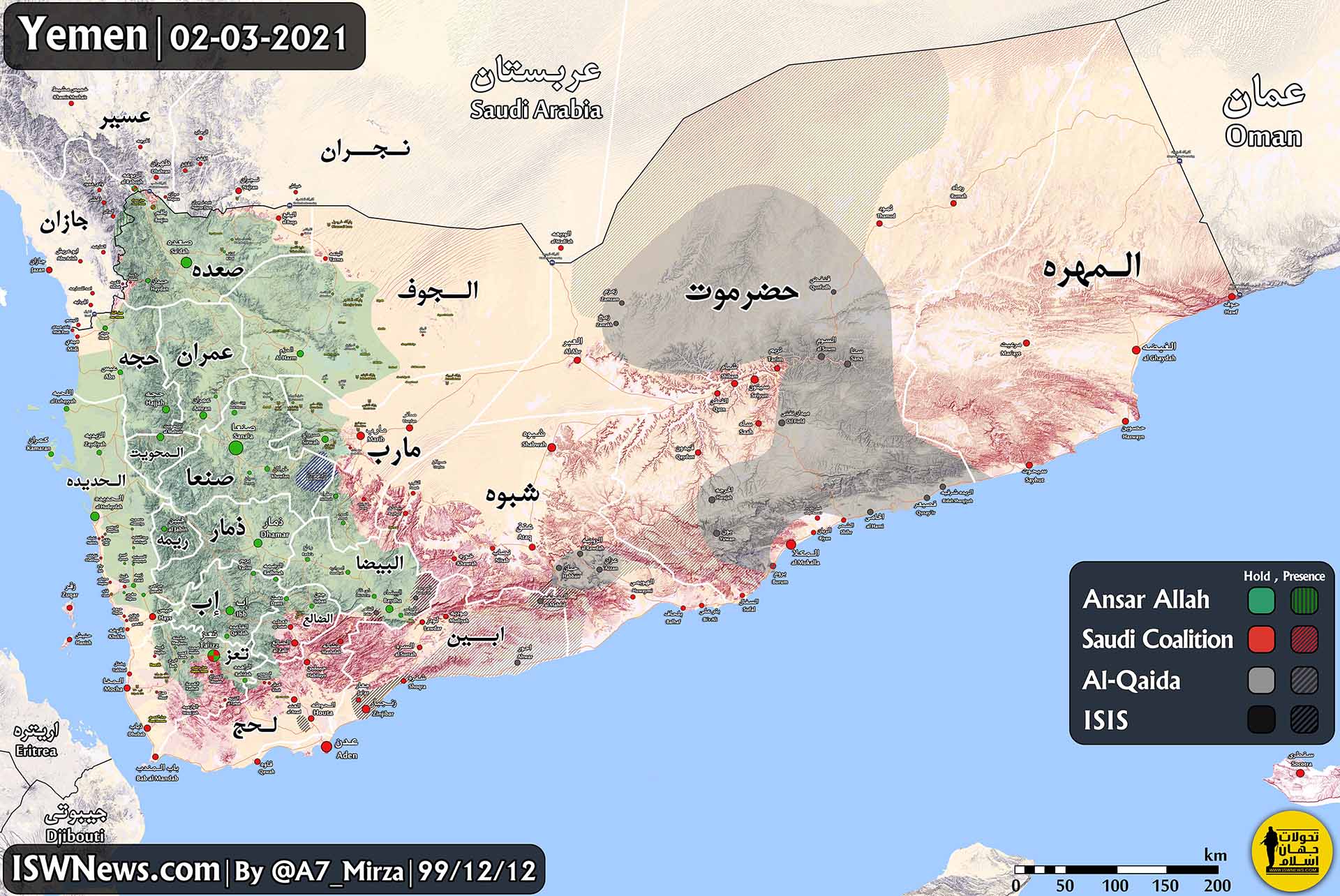 In the fourth week of Ansar Allah operations in Ma’rib province, the main clashes on the fronts east of Sarwah, east of Madghal and south of Asdas were scattered.
Among the important news in the fourth week was the downing of a Saudi coalition drone in the al-Maraziq area of Al-Jawf province and the implementation of the “Sixth Deterrence Balance” operation.

Eastern front of Sarwah:
As we mentioned in previous reports, Ansar Allah must move to the south and east of the Ma’rib dam to control the heights of the outskirts of Ma’rib dam, and this issue has been considered by Ansar Allah for the three days, during which Ansar Allah has managed to establish control over the heights of Adiram and al-Saffah. Some local sources have also reported the mobilization of forces and equipment in the eastern front of Sarwah, and it seems that in the coming days Ansar Allah will resume its attacks to break the coalition defensive line in the western part of the city of Ma’rib city.

Eastern front of Madghal:
What emerges from the recent developments in Raghwan district is that ‘Asdas’ is not on the list of Ansar Allah priorities in Ma’rib province. In any case, Ansar Allah must take control of three points: al-Kanayis, al-Alam, and Asdas, in order to clear the remaining areas in the west of Ma’rib province and repel coalition attacks on al-Hazm and the Mass base.

Ansar Alah also carried out Operation “Sixth Deterrence Balance” using 14 UAVs (10 Sammad-3 UAVs and 4 Qasef 2k UAVs) and 8 missiles (1 Zulfaqar missile and 6 Badr missiles) against Aramco’s facilities in Ras al-Tanura port and military targets in the Dammam area located on the southern shore of the Persian Gulf as well as other areas of Asir and Jizan provinces.