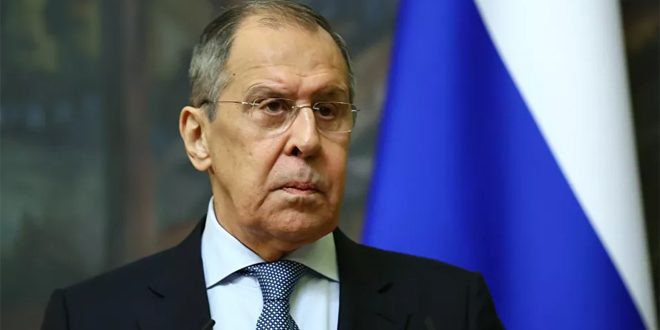 “The reconstruction process in Syria is not easy because of the sanctions imposed by the US and the West, and these sanctions do not target the Syrian government only,” Lavrov said at a press conference with foreign ministers of the turkish and Qatari regimes in Doha.

He added that the sanctions don’t only target the Syrian government, but they also target all Syrian people, calling for combating terrorism and separatist movements on the Syrian territory.

Lavrov referred that talks in Astana format had built a good basis and proven themselves in resolving the crisis in Syria according to Security Council Resolution No.2254, indicating that this formula was intended to discuss all aspects in Syria.

“We have reached a rapprochement in the viewpoints on the situation in Syria in various aspects and stressed our close views on the political solution to the crisis in accordance with Resolution No.2254 and Astana platform,” Lavrov said.

He added that they also affirmed the importance of humanitarian aid and its access to the Syrian people.

Lavrov underlined that the three countries are ready to offer full assistance and support to the work of UN Special envoy for Syria Geir Pedersen.