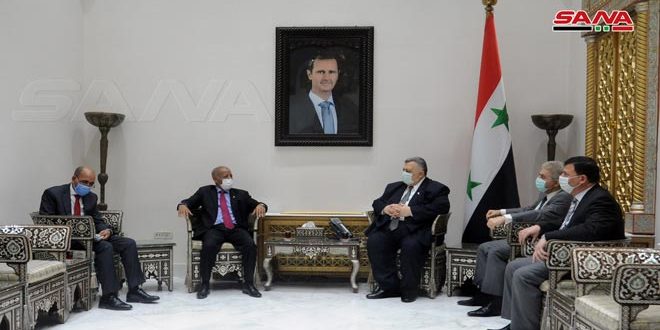 Sabbagh, meeting Mauritanian Ambassador in Damascus, Ahmadou Adi Muhammad al-Radhi, appreciated Mauritania’s stances towards Syria in the war against terrorism, wishing the ambassador success in his mission in the interest of the two brotherly peoples of Syria and Mauritania.

For his part, the Mauritanian ambassador affirmed that the Syrian-Mauritanian relations are in a steady development and they have been and still firm and solid during the years of the dark terrorist war waged against Syria.

The Ambassador indicated to the importance of strengthening relations and exchanging experiences and visits between the two brotherly countries.

He pointed out to the importance of activating agreements and memoes of understanding signed between the two countries various fields.