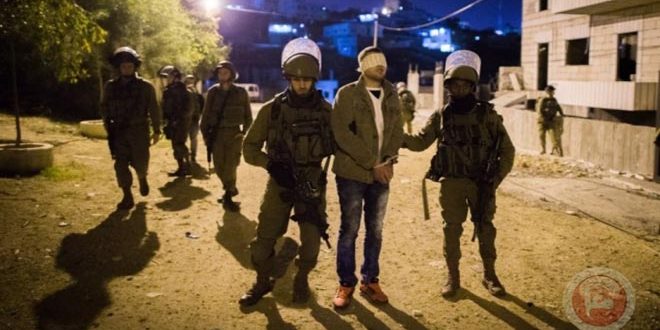 Wafa news agency said that the occupation forces stormed into al- Dheisheh Camp, south of Bethlehem, and the town of Dora, Beit Ula and Sa’ir northeast of Hebron, broke into the Palestinian houses and arrested five persons.

Meanwhile, Three Palestinians were injured in Israeli occupation troops’ bullets in the city of Bethlehem in the West Bank.

Wafa News Agency stated that the occupation troops stormed al-Dahsheh camp south of the city and opened fires on the Palestinians, causing the injury of three of them.

Occupation troops continued their aggressive practices against the Palestinians through tightening the noose on them, attacking them in their villages and cities with the aim of displacing them, usurping their lands and Judaizing them.