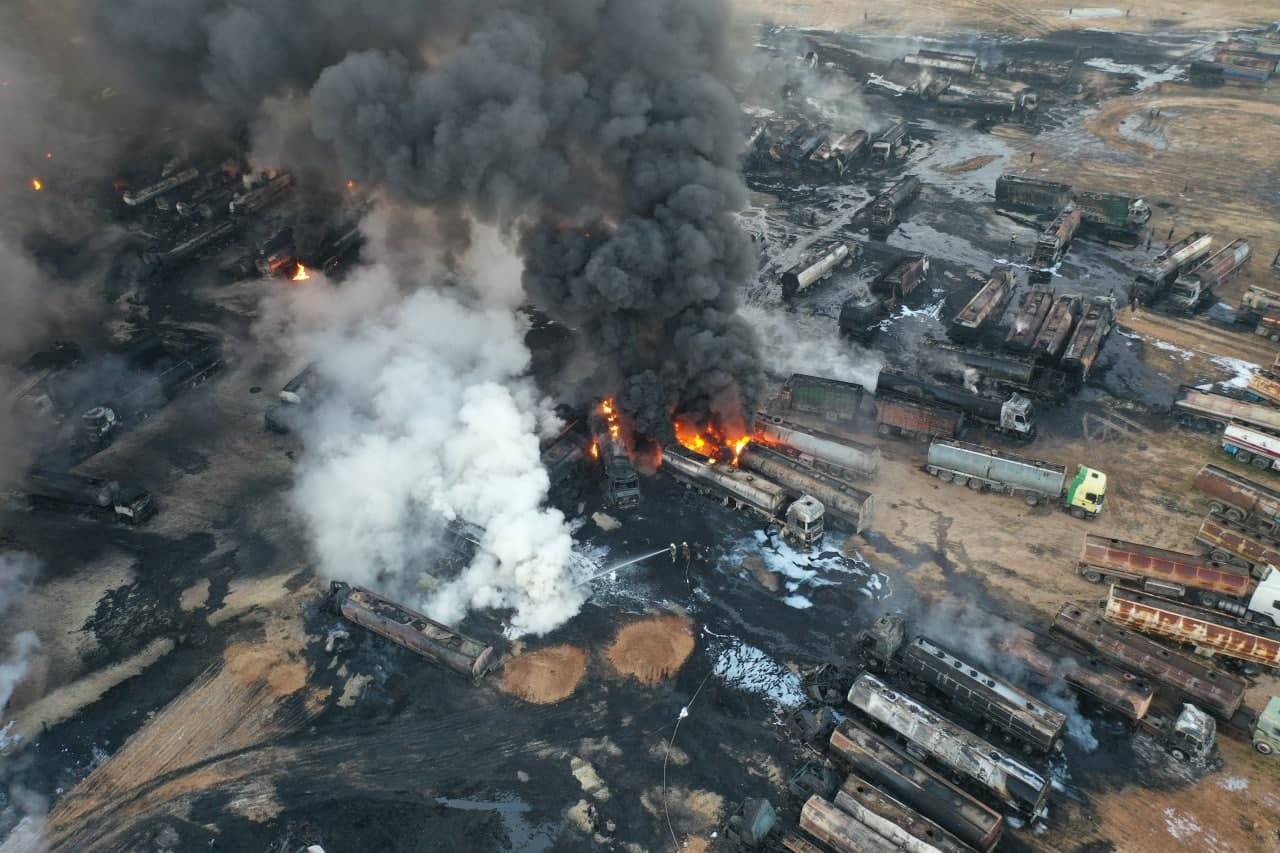 The militants blamed Russia for the missile strikes. A media close to the militants claimed in a report that Russian warships fired three missiles from the Mediterranean into illegal oil reservoirs in northern Aleppo. The attack reportedly destroyed more than 180 trucks and tankers, killing at least four people and injuring 24 others.