Pope’s trip to Iraq at a critical time 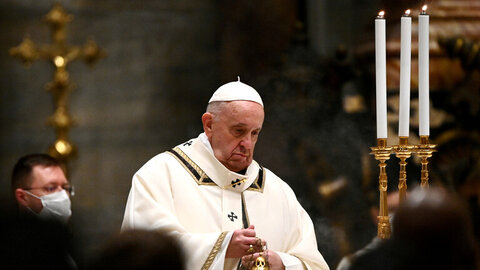 ISWNews Analysis Group: Resistance group “Saraya Oliya al-Dam” in a statement announced the cessation of military attacks during the Pope presence in Iraq in honor of Ayatollah Sistani.

Pope Francis, the world’s Catholic leader during a three-day visit to Iraq, which was organized at the request of Cardinal Louis Sako, the leader of the Chaldean minority, and at the official invitation of the Iraqi government, will visit the cities of Baghdad, Ur, Mosul and Erbil, and meet with Ayatollah Sistani in Najaf.

The importance of this trip, regardless of the visit of a religious leader to Iraq, is in its political and symbolic messages. In fact, programs such as joint worship with Muslims, visiting common religious sites of Muslims and Christians, memorial ceremony for war victims and etc. are the symbolic aspects of this trip and the content of the meeting with Ayatollah Sistani and government officials is also the political aspects of this trip.
Some media outlets have also cited security issues and the high-risk nature of the trip as an important challenge, given the recent ISIS activities in Iraq.

In this regard, the resistance group “Saraya Oliya al-Dam” in a statement announced the cessation of military attacks during the Pope presence in Iraq in honor of Ayatollah Sistani. “We honor our guest, not like the Americans who martyred Iraqi guest and Islamic soldier Haj Qassem Soleimani and his companions,” the statement said.

On the other hand, Kata’ib Hezbollah have also expressed concern about this trip and considered the plan of interfaith dialogue in the city of Ur suspicious.