Russia calls for not politicizing and exploiting IAEA work against Syria 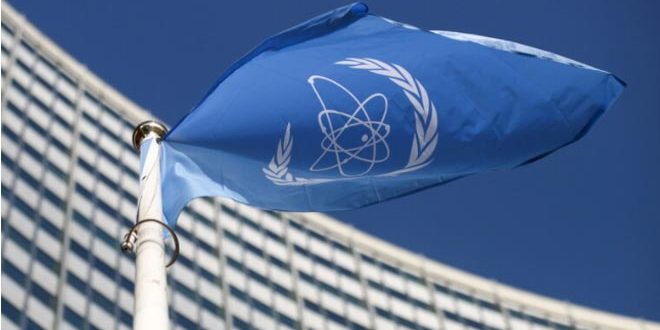 Vienna, SANA- Russia has called for not politicizing and exploiting the work of the International Atomic Energy Agency (IAEA)against Syria, affirming that Damascus fulfills all of its commitments under the Comprehensive Safeguards Agreement (CSA), and the Nuclear Non-Proliferation Treaty (NPT).

The Russian delegation to the IAEA Board of Governors was quoted by Russia Today website on Thursday as saying yesterday that “The Agency has asserted many times over the recent years that Damascus fulfills all of its commitments and that there is no evidence on using nuclear materials for impermissible purposes,” adding that there is no reason to keep this issue on the agenda of the Board of Governors.

“The member states should leave politicized attempts to exploit inspections of the International Atomic Energy Agency for the purpose of settling scores with Damascus. Instead, it is necessary to focus joint efforts on finding solutions to the real issues of the non-proliferation regime and ways to strengthen the safeguards system,” the Russian delegation added.

Syria cooperates with the IAEA in all transparency and it exercises the utmost flexibility regarding the implementation of the safeguards agreement therein, as the Agency’s annual reports confirm Syria’s commitment and full compliance under the Comprehensive Safeguards Agreement and the Non-Proliferation Treaty.