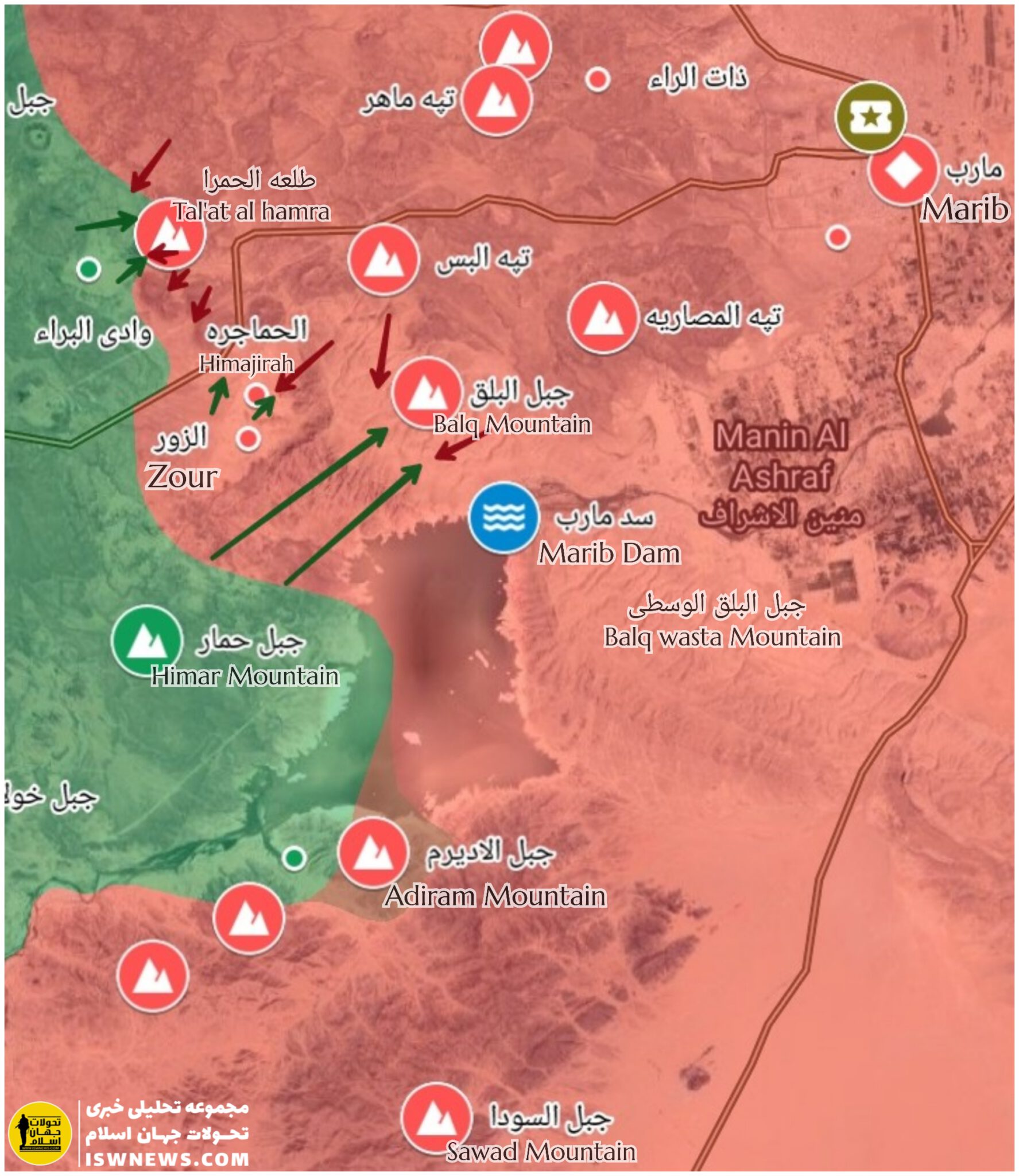 Yesterday evening, Ansar Allah launched an offensive to liberate the heights overlooking the Marib dam and Tala’at al-Hamra, which was unsuccessful because of the heavy bombardment of Saudi coalition warplanes (19 airstrikes) and heavy resistance by the ISIS and al-Qaeda militants on the Tala’at al-Hamra front.

Ansar Allah can use its past tactics in the battle of al-Jawf (Operation Fa’amkan Minhom) to stabilize progress in these heights. In fact, pressure from several axes will certainly reduce the Saudi coalition ability to resist Ansar Allah attacks in Tala’at al-Hamra and Marib dam area. And this can be done from the south or north of the mentioned areas.