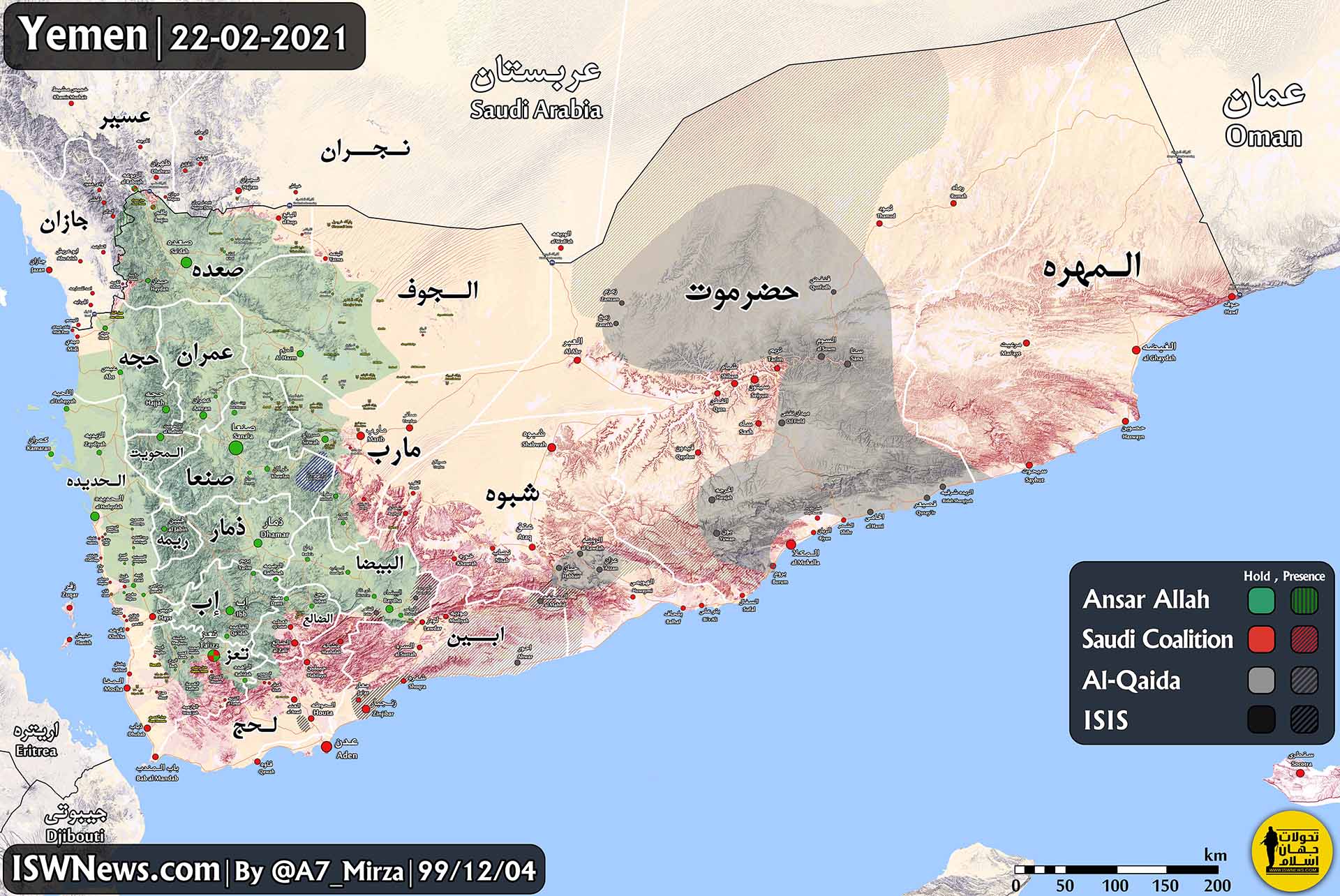 In the second week of the operation in Marib province, most of the ground conflicts concentrated in east of Sarwah, Raghwan district and east of Madghal fronts.
An important news was dispatching of vast number of ISIS and Al Qaeda terrorists and also two brigades of National Resistance (commanded by Tariq Saleh) by Saudi coalition to west of Marib city front. ISIS official media releasing a statement declaring war against Ansar Allah in Marib, parties allied with the rescue administration and Ansar Allah officials issued harsh statements against ISIS and people and tribes pro-AnsarAllah stressed on participating more actively in liberation of Marib.

East of Sarwah front
Conflicts reached Talaat al-Hamra, Zour and Hamajira at the moment and it seems Ansar Allah tactics in this axis are still on hit-and-run continuously and step by step advance toward Marib dam and southwestern heights of the city. If Ansar Allah continues toward south of the dam, it is possible to cut the southern road of Marib city and it can be helpful in cleansing Jabal Murad and al-Jubah district and operation in south of Marib province.

Raghwan front
On February 17, Ansar Allah launched a heavy attack to liberate Asdas town which faced Saudi coalition and Asdas tribes forces resistance. The second attack started today afternoon and if Ansar Allah puts serious pressure on north of Madghal and southeast of Al Jawf, the positions of these tribes are endangered and it is possible that they come to agreement with Ansar Allah and the liberation of Raghwan district completes.