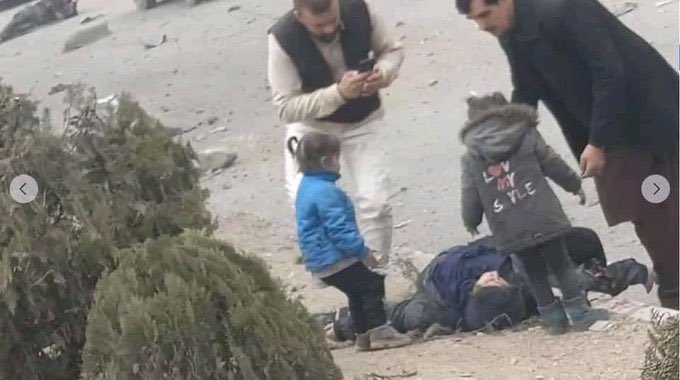 ISWNews Analysis Group: Due to terrorist blast in west of Kabul, at least 10 people including one woman and several children martyred and wounded.

Following daily blasts in Kabul, yesterday afternoon due to an explosion on Baraki junction, west of Kabul, four people including two security forces, one woman and one child martyred and six including two children wounded.

In the initial photos released from the blast a half dead body of a mom between two children can be seen which aroused Afghan people emotions.
Taliban rejected the responsibility of the attack in a statement.