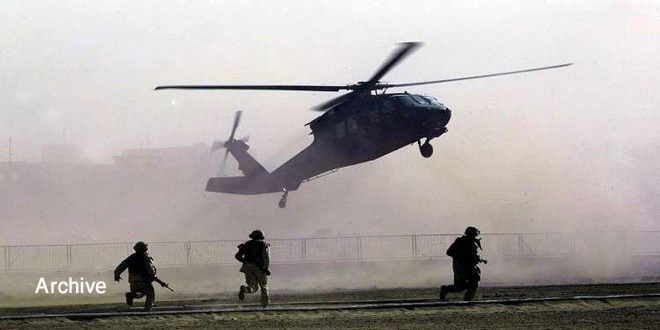 Hasaka, SANA-US-backed QSD militia, with support of US occupation’s helicopters, kidnapped three civilians in al-Shaddadi city in the southern countryside of Hasaka.

Local sources told SANA that armed groups of QSD stormed into a gathering of cars and heavy engineering machinery in the city of al-Shaddadi in the southern countryside of Hasaka and kidnapped three civilians and took them to a US occupation base in the city.

The sources indicated that storming campaign was accompanied by an intense flight of US drone and helicopters at a low altitude which created a state of panic and fear among the residents.

During the latest days, militants of QSD have repeatedly stormed into Hasaka, Raqqa and Deir Ezzor countryside and kidnapped a number of civilians as part of their continuous hostile measures against civilians.