US Army Prepares To Equip Unit With Hypersonic Capability 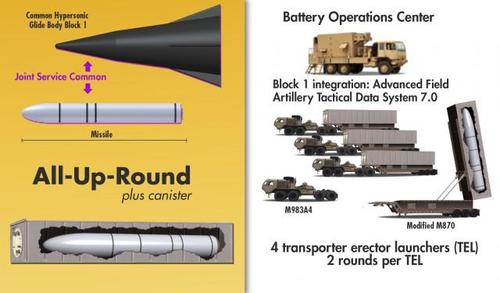 Following conflicts over trade, technology, and capital markets, rising political tensions between the US and China will continue under the Biden administration.

For instance, the US Army is expected to equip its first unit with hypersonic equipment this fall. The Pentagon is far behind in the hypersonic races with China and Russia.

A hypersonic unit within the Army will begin training with all the equipment it needs to launch these new weapons, according to Lt. Gen. L. Neil Thurgood, director of the Army’s Rapid Capabilities and Critical Technologies Office, who spoke with Defense News.

Thurgood said the equipment will be delivered to the unit by September.

“By the end of this fiscal year, which is in September, all of the equipment that the unit needs plus training will be delivered to the unit,” he said.

The unit will be supplied with a vast number of launchers, trucks, trailers, computer systems, and other pieces of equipment to begin training in early 2022.

Thurgood declined to tell Defense News which unit will receive the equipment. He said the live round is the only piece of equipment that won’t be delivered this fall. It was noted that the weapon itself will be delivered in 2023.

Thurgood did not comment on the type of hypersonic weapon the unit will be receiving. However, we noted last March, the US Department of Defense (DoD) successfully launched a common hypersonic glide body (C-HGB) missile from the Pacific Missile Range Facility, Kauai, Hawaii.

The DoD has been allocating more funds to hypersonic programs for upcoming military budgets as it must desperately catch up with China and Russia.

Senator James Inhofe, a senior Republican from oil-producing Oklahoma and Senate Armed Services Chairman, told Defense News in 2019 that DoD’s hypersonic testing labs were inadequate. He said, “dilapidated testing infrastructure is holding us back from catching up to our enemies. Just look at hypersonic weapons: Beijing is parading around dozens of its newest weapons, and we have yet to build one.”

The US is in a hypersonic race with major global superpowers and is clearly behind the curve.