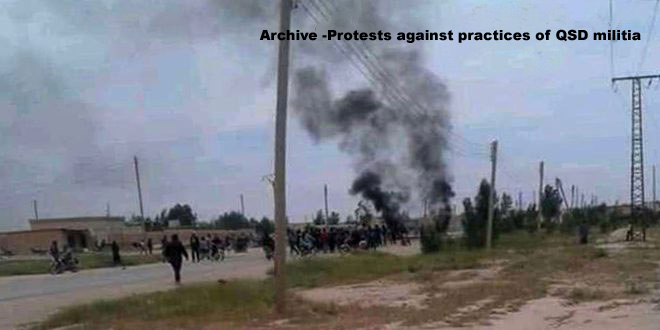 Raqqa, SANA- Two militants from the US occupation forces-backed QSD militia have been killed in an explosive device blast in Raqqa northern countryside.

Local sources told SANA that an explosive device went off while a military vehicle belonging to QSD militia was passing on the road leading to Abu Wahl village, north of Raqqa, causing the death of two militants and damaging the car.

On Tuesday, three gunmen of QSD militia were killed in attacks on their positions and vehicles in Mashekh and al-Hajneh villages in Deir Ezzor and in Marqada town, south of Hasaka.