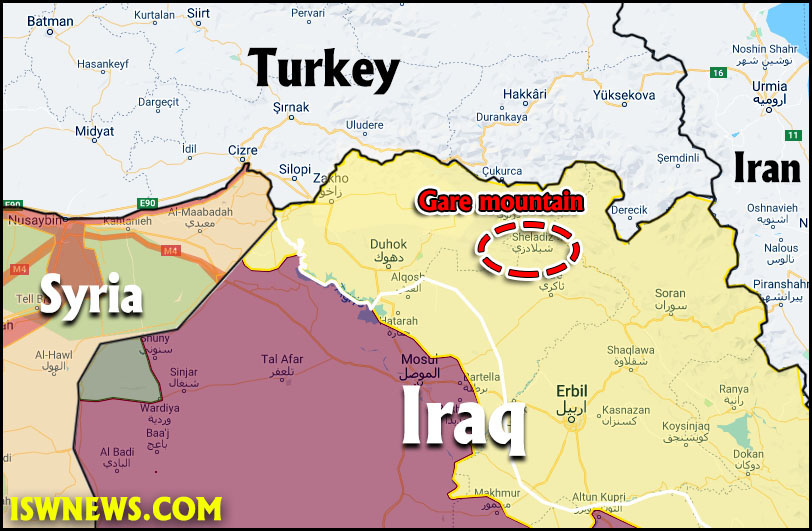 ISWNews Analysis Group: The Turkish Ministry of Defense announced the end of the Turkish ‘Claw-Eagle 2’ military operation in the Gare Mountain in the Kurdish-controlled areas of northern Iraq.

This morning, Turkish Defense Minister Hulusi Akar, accompanied by the Chief of General Staff Yasar Guler and a number of Turkish commanders, announced the end of the operation after visiting the ‘Claw Eagle 2’ operation room in Turkey’s Sirnak province.

According to information released by the Turkish Defense Ministry, the bodies of 13 Turkish nationals were found in a cave in Gare Mountain, while on the other hand the PKK said in a statement that the dead persons were the captured Turkish soldiers who had been killed by Turkish army bombardment on the location of prison in the Gare mountain.

On February 10, Turkey transferred its forces to the Gare Mountain in the northern Iraqi province of Dohuk and launched an operation ‘Claw Eagle 2’ against the PKK group, which according to the Ministry of Defense 50 locations of the PKK group have been targeted, including weapons depots and command centers.

The PKK also reported that more than 30 Turkish troops had been killed in the operation, saying that a number of Turkish troops were besieged in the Siane area in the Gare Mountain and that Turkish efforts to rescue them failed so far.