US memo: Daesh uses Turkish territories as its “own ATM” 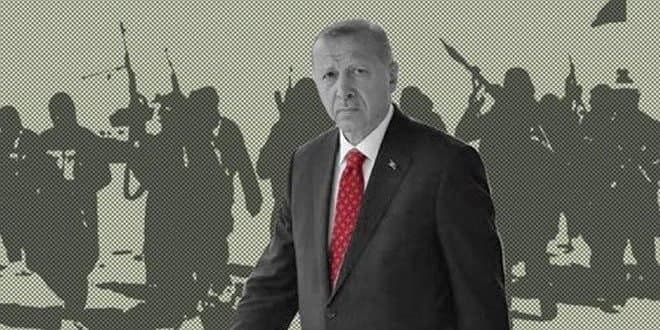 Damascus, SANA – Many reports and documents revealed that Turkish regime is involved in supporting terrorist organizations in Syria and the region with weapons, establishing training camps and logistic support with participation of terrorist Daesh organization in the oil trade, which provided the extremist organization with large financial returns.

A memorandum published by American Website Monitor, noted that the role of Turkish regime, led by Recep  Tayyip Erdogan in financing terrorist Daesh organization, starting from its territories. The memo  affirmed the extremist organization nets are still able to reach cash reserves estimated at about $ 100 million hidden in regions of the Middle East, particularly Turkey.

The memo also pointed out that the remnants of terrorist organization in Syria are still receiving financial transactions from their partners positioned in Turkey, other cash shipments have been delivered across border between Iraq and Syria, while the extremist organization continues to collect funds by extorting oil smuggling networks in eastern Syria and kidnapping in exchange for ransoms in addition to looting in collusion with Turkish regime.

The memo added that terrorist “Daesh ‘” organization used financial service companies to transfer money and it is often used logistical centers in Turkey to smuggle terrorists ,weapons and money to Syria and Iraq .