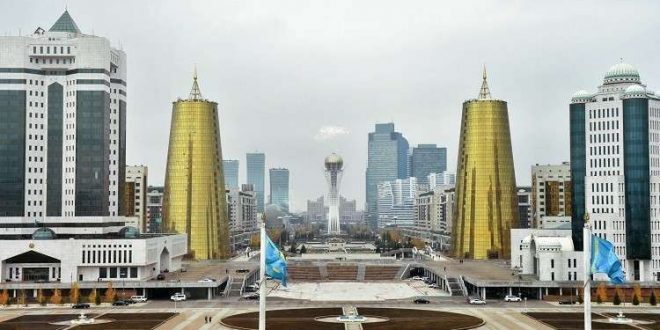 Baghdad, SANA- Iraqi government has received an invitation by Federal Russia to participate in the 15th round of Astana talks on Syria scheduled to be held in the Russian city of Sochi this week

The Iraqi Foreign Ministry said in a statement on Saturday that Undersecretary of the Iraqi Foreign Affairs Ministry Nizar Al-Khairallah met the Russian Ambassador to Iraq, Maxim Maximov as the two sides exchanged views on various international and regional efforts that serve interests of both countries.

The statement pointed out that Maximov handed an official invitation to Iraq to participate in Astana talks which are scheduled to be held on February 16-17 to discuss the developments in Syria as an “observer”.

The two sides stressed during the meeting rapprochement of views of the two countries on the necessity of finding a political solution to the crisis in Syria without foreign interference, according to the statement.

The 14th round of Astana talks which was held in the Kazakh capital city of Nur-Sultan on 10-11 of December 2019 as the Astana guarantor states (Russia, Iran and Turkey) renewed in the final statement strong commitment to the sovereignty, independence, unity and  territorial integrity of the Syrian Arab Republic and affirmed the continued cooperation to eliminate terrorist organizations in Syria and the rejection of the separatist agendas which aim to undermine Syria’s sovereignty and territorial integrity.