Media report: Agreement between US, France and Britain intelligence with Daesh to carry out attacks 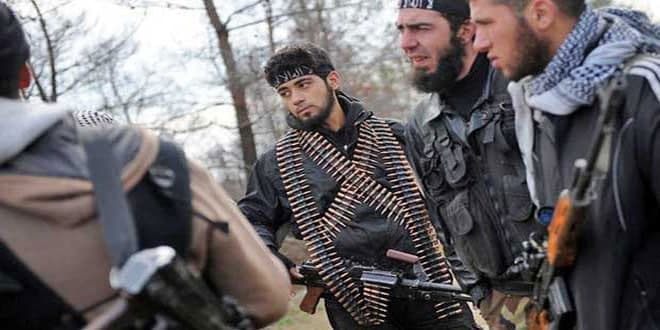 Moscow, SANA-Media sources revealed on Friday that intelligence apparatus affiliated to western states, which pretend that they fight Daesh, held many meetings and agreements with leaders of the terrorist organization to carry out terrorist attacks in Syria.

“According to confidential information,  several meetings for representatives of the intelligence apparatus of US ,France and Britain and a number of regional states were held since the beginning of the current year in al-Tanf region, occupied by the US, in the southeast side of Syria, with participation of field leaders of Daesh and other terrorist groups, as they discussed intensifying the attacks against forces of the Syrian government and Russian military bases in Syria,”  Sputnik news agency quoted a special source as saying.

The source, described by Sputnik as well-informed, added that in light of agreements reached between Daesh leaders and the other terrorist organizations, from one side, and with intelligence apparatus of those states “worship places were included in the list of targets, and these states will provide the terrorist organizations with the financial support, equipment, ammunitions and the modern weapons.

The source added that Daesh terrorists, who are transported from Iraq and released from the prisons and arrest camps in areas controlled by US-backed QSD militia, undergo special trainings, under the supervision of US, adding that those sleeper cells of terrorists will be used to launch attacks in south and southwest Syria in addition to major cities in the country.