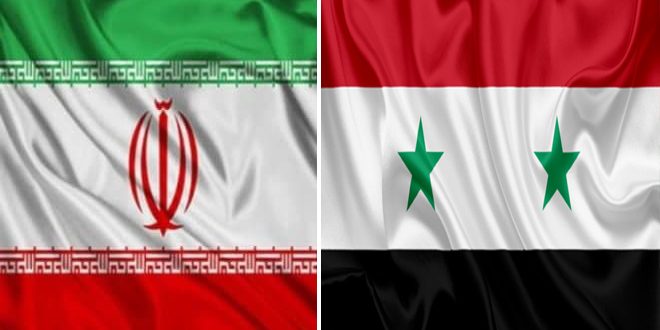 Damascus, SANA-For decades, the Syrian-Iranian relations have witnessed significant developments at all political, economic, social and military levels which contributed to the establishment of a new level of strategic cooperation and coordination in various fields, especially with regard to international and bilateral issues in a way that serves the interests of the two countries’ peoples.

Based on that, the two countries have stood in one trench in the face of the hegemonic schemes, the foreign interferences in the internal affairs of states, and the unilateral coercive measures imposed by Western countries.

The depth of relations between the two countries has been clear through Iran’s principled stance in support of Syria’s sovereignty and territorial integrity, and its standing by Syria with the aim of confronting the terrorist war waged against it.

The two countries’ desire to strengthen and consolidate bilateral relations has been reflected through the continuation of consultations, meetings and the exchange of visits and official delegations at the highest levels.

The bilateral relations have witnessed a development that resulted in signing many agreements, including in long-term strategic economic cooperation agreements signed in the year 2019 that included 11 agreements and memos of understanding and an executive program to enhance cooperation between the two countries in the economic, scientific and cultural fields, in addition to the infrastructure, services, investment and housing.

In the framework of the distinguished relations between the two friendly countries, during the Coronavirus pandemic, Iran has provided medical assistance to support the efforts of health cadres concerned with dealing with the Coronavirus, including the requirements for virus detection and devices for measuring temperature and oxygenation.

On February 11th, Iran celebrates the 42nd anniversary of the victory of the Islamic Revolution, which changed the political, military and economic balance in the region in the interest of the national forces opposing projects to control the region.