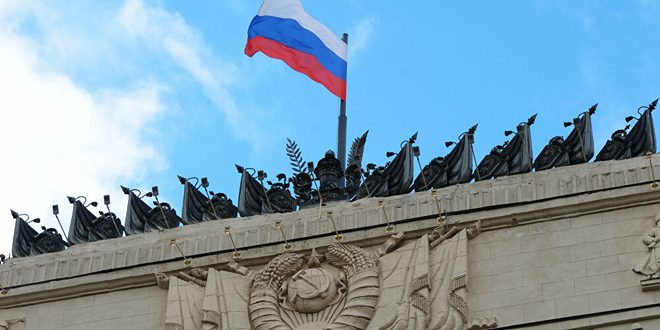 Moscow, SANA-Russian Defense Ministry announced on Wednesday that its forces repelled a terrorist multiple rocket-launchers on Hmeimem base in Lattakia.

He added that the monitoring devices specified the place from which the shelling was carried out in the areas of terrorists where they are positioned  in the de-escalation zone of Idleb.

The Russian military officer affirmed that the attack did not cause any causalities or material damage, adding that Hmeimem base works as usual.