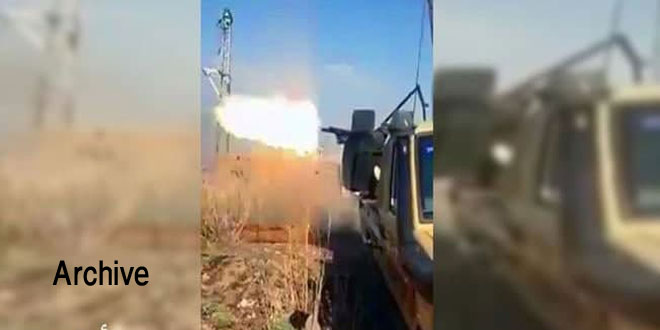 Aleppo, SANA- 14 civilians were injured, including five children, due to clashes and exchanged shelling between Turkish occupation forces and their mercenaries of terrorist organizations and QSD militia in the western countryside of al-Bab city in Aleppo northern countryside.

Local sources told SANA that fierce clashes with heavy weapons have erupted on Monday evening between Turkish occupation and its mercenaries and QSD militia.

The clashes caused injury of 14 civilians at least, including 5 children and three women, and material loses to the citizens’ houses and their properties in al-Bab city and other villages in its vicinity.

In a relevant context, local sources told SANA that the occupation forces launched artillery attack on a number of villages in the vicinity of Manbij city in the northeastern countryside of Aleppo, causing material damage to the locals houses and agricultural fields.

The repeated clashes between QSD and Turkish occupation in the countryside of Aleppo, Raqqa and Hasaka over the last months, have resulted in martyrdom and injury of dozens of civilians and caused huge damage to the private and public properties.