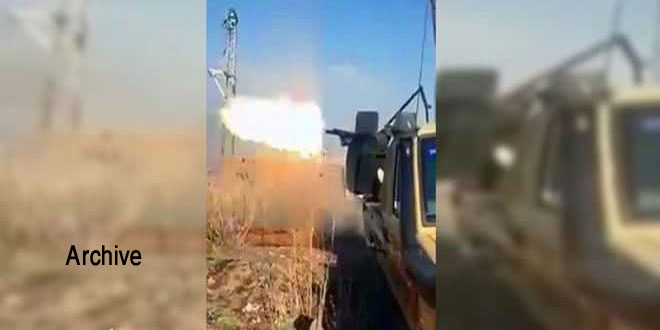 Hasaka, SANA-US backed-QSD militia intensified its storming and kidnapping operations in the areas it  has occupied in the Syrian al-Jazeera, where they kidnapped on Tuesday several civilians, including a child in Hasaka city and its countryside.

Local sources told SANA reporter that armed groups affiliated to QSD militia on Tuesday stormed the villages of al-Hadadiya, Afra and al-Bajjari, and a number of villages in the surrounding of Marqada town in Hasaka southern countryside, and kidnapped a number of civilians and took them to unknown destination.

Meanwhile, local sources in Hasaka city told SANA that QSD militants kidnapped a16-year old child from the city and took him to the militia’s compulsory recruitment camps to fight in its ranks

Over the past days, QSD militia have escalated their raids in the areas they have occupied in the Syrian al-Jazeera and kidnapped tens of locals in the countryside of Deir Ezzor, Raqqa and Hasaka.