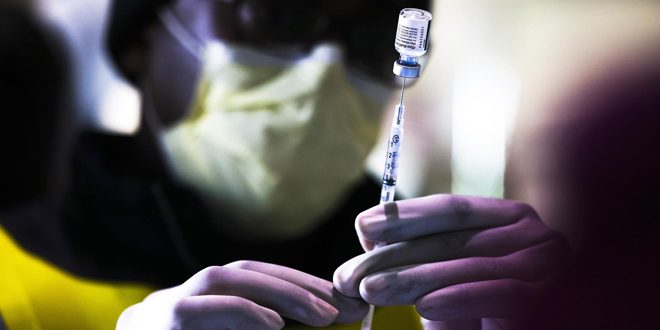 Damascus, SANA- In a glimpse of hope, and despite the emergence of new mutated variants of corona virus, the number of new infections in the world decreased for the third week, reaching its lowest levels since  last October.

According to a recent report by Axios News and Technology website, for the first time, a synchronizing downward curve was detected in the number of Corona infections around the world, and this was confirmed by the World Health Organization.

The recorded figures show that the infection line is declining in many countries of the world.

CNN reported that at the beginning of this month, nearly 119,000 new cases of Coronavirus were detected according Johns Hopkins University in comparison to 240,000 infections per day during the last month.

As for Britain, which is witnessing a new variant mutation of Corona, the number of infections decreased to 20,000 cases on the fourth of February, while last month Corona infections recorded about 60,000 cases per day, according to the British health authorities.

France also witnessed a significant drop, as the country recorded 46 thousand infections last November, to decrease during the current month to less than half, recording about 26 thousand ones this month, according to Reuters.

As for India, which is one of the most overcrowded countries in the Asian continent, it also enjoys a low rate of infections.

late December, the country recorded about 24,000 cases, while the Indian Health Ministry announced on Saturday that 12,000 cases were recorded, according to the Chinese Xinhua news agency.