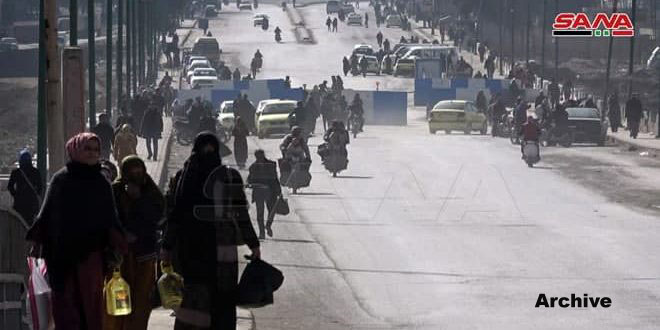 Hasaka, SANA –US occupation backed -QSD militia escalated during the past days its raid campaigns against Syrians in areas they occupy in Syrian al-Jazeera, kidnaping tens of people.

The militia also imposed unjust siege for 20 days in Hasaka and Qamishli cities where it deliberately kidnapped employees in the governmental establishments in the two cities.

In this context, SANA reporter pointed out that QSD militia kidnapped the assistant director of for Vocational Education Affairs in Hasaka, Eng. Mazen al-Ali, for the 4th consecutive day without revealing his whereabouts.

In a relevant content, QSD prevented the students from reaching their schools and closed a number of schools that teach the Syrian national curriculum.