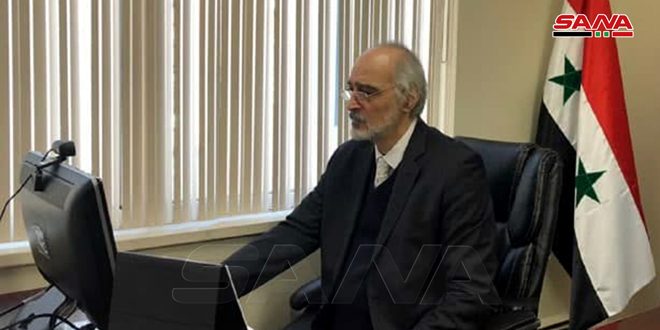 New York, SANA- Deputy Foreign Minister, Bashar al-Jaafari, affirmed on Friday that the terrorist organizations and QSD militia , supported by the US occupation, continue to commit crimes and violations against children in Syria, including killing, kidnapping, recruitment and transferring children to conflict areas in the countries of the region in addition to burning and destructing schools and hospitals and preventing children from going to schools.

Al-Jaafari, Syria’s permanent representative to the UN, said during an informal session of the UN Security Council via video conference held at the initiative of Russia and Kazakhstan on “Children in Armed Conflict” that the Syrian state, despite the huge pressures, exerts tremendous efforts to protect and care for the children who are found in the areas that have been liberated from terrorism or who reached to the state institutions.