Al-Jaafari: Israeli occupation of Arab lands poses threat to stability and security of the region 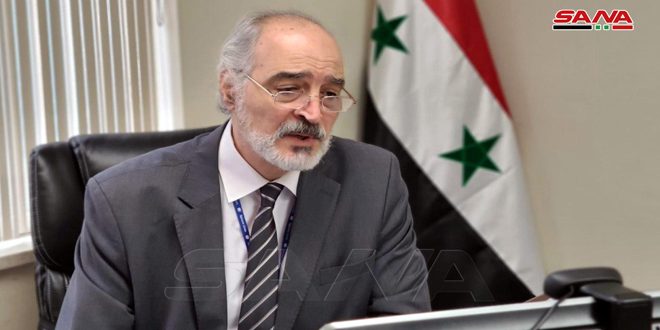 New York, SANA-Deputy Foreign Minister, Bashar al-Jaafari, affirmed that despite the passing of more than five decades on the Israeli occupation of the Arab lands, it still exists until today in a clear indication to the failure of Security Council in assuming its responsibility and end the occupation which poses threat to stability and security of the region.

“54 years have passed and the UN Security council failed to hold Israeli occupation accountable for its hostile acts against our citizens in the occupied Arab lands under the protection provided to it by some western permanent members at the UN, on top, the United States,”  al-Jaafari, Syria’s permanent representative to the UN said in a statement to Security Council session on the situation in the Middle East.