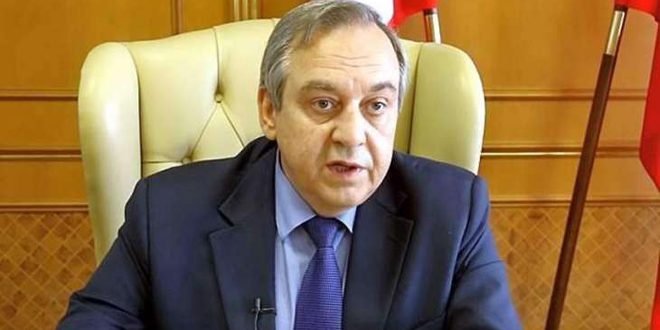 In a statement to TASS Agency on Monday, Permanent Representative of the Republic of Crimea to the President of the Russian Federation, Muradov said” the prospects of trade exchange with Syria are very broad, and this will be facilitated by developing the freight traffic through the Crimean Bridge.”

He indicated that the initial experimental shipments of Syrian goods have been delivered to Crimea and they are able to compete at the local market.

Muradov noted that the transport infrastructure, which has been established in the Crimean Peninsula for transporting goods from ports, land roads and high-speed rails could provide a high level of freight rate that will exceed the current indicators.

In August 2019, Syria and the Russian Republic of Crimea signed an agreement to strengthen economic and trade cooperation between the two countries within activities of the 61st Damascus International Fair in the domains of establishing a trade house and a navigation company for the private sector, and the exchange of participations at the exhibitions.