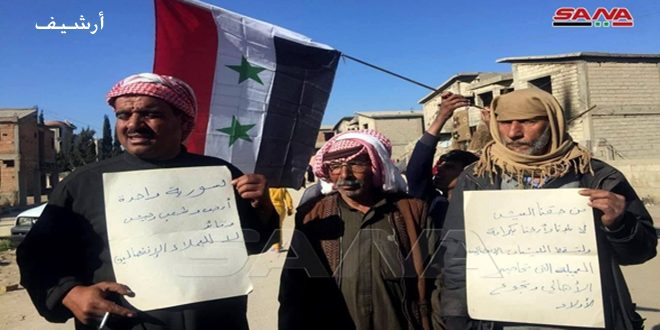 Hasaka, SANA- US occupation –backed QSD militia continues to prevent transportation means from entering the center of Hasaka city, in the framework of its series of violations against the locals.

Director of Hasaka Education Directorate, Elham Sourkhan, told SANA reporter in a statement that the QSD militia’s continued prevention of transportation means from entering the center of the city impeded the arrival of the children to their schools, particularly that the majority of those students come from different neighborhoods to the schools that teach government curricula in light of QSD militia continued attempts to impose curricula that serves its separatist tendency.

Surkhan pointed out that the majority of students who came from different neighborhoods depend on public and private transportation means to reach their schools, asserting that only children who live in the center of the city were able to attend the schools.

Education Directorate affirmed that all necessary measures have been taken to start the second semester in schools in terms of conducting maintenance and repair operations for the schools in cooperation with international organizations, in addition to conducting cleaning and sterilization campaigns.