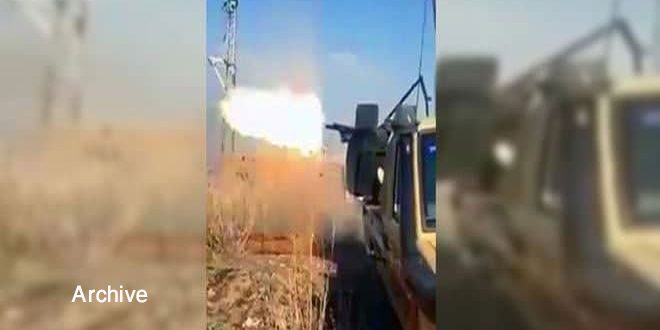 Deir Ezzor, SANA-Three militants were killed in a blast of an explosive device in a Hummer military vehicle near al-Omar oil field in Deir Ezzor countryside.

Civilian sources told SANA that an explosive device went off on Friday in a Hummer military vehicle along the road to al-Omar oil field where US occupation seizes it as illegitimate base for its forces east of Deir Ezzor.

The sources added that it was not confirmed whether the killed militants were from the US occupation forces or the US-backed QSD militia.