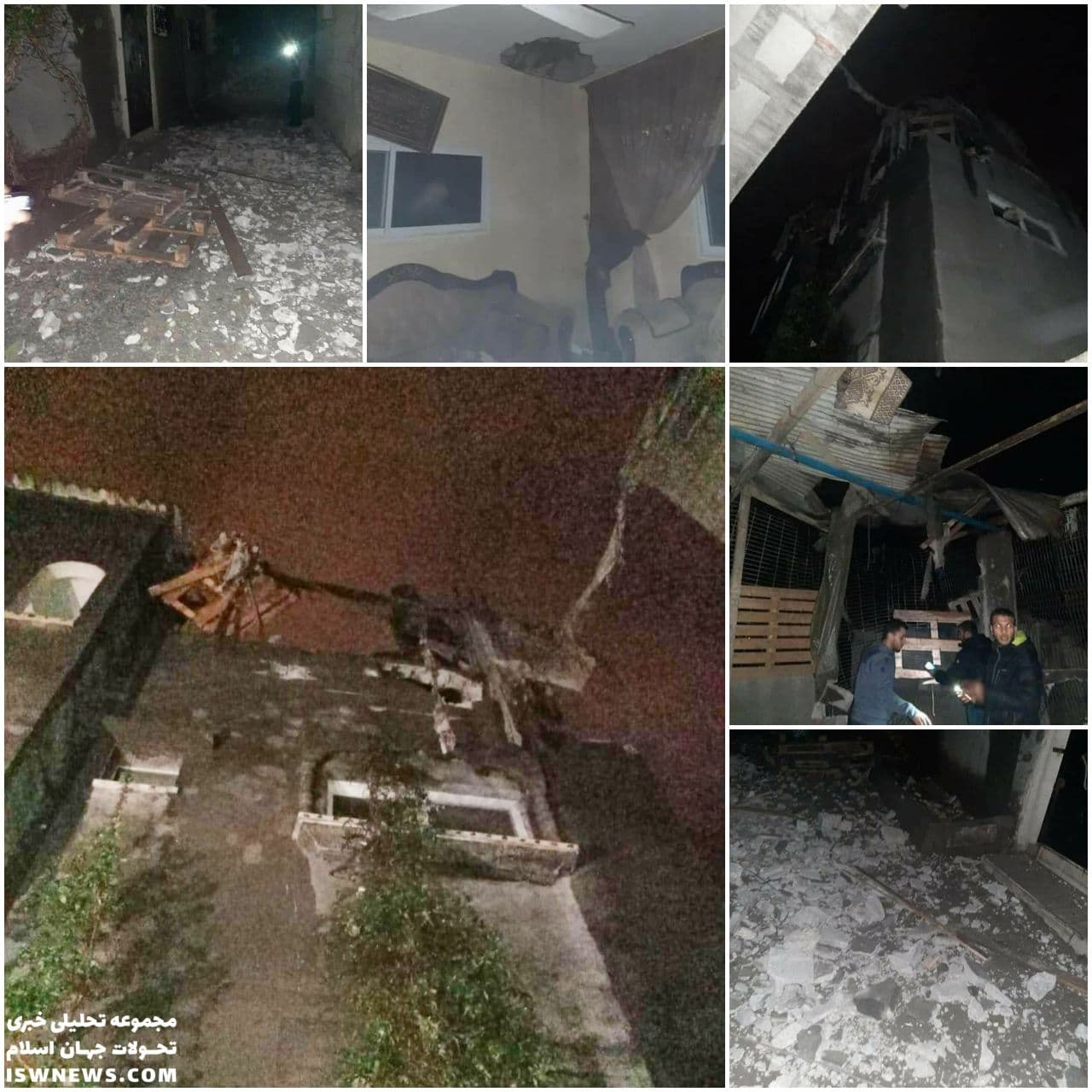 Beit Hanoun and al-Zaytoun areas in the north, Khan Yunis in the south, and the al-Maghazi and al-Bridge areas in the center of the Gaza Strip were targeted by Israeli regime.

A local source confirming the bombing told ISWNews: A residential building was hit. In this crime a citizen was wounded and brought to hospital. Many Palestinian houses damaged. Zionist Merkava tanks were spotted in the area. Positions of the Resistance at Jahr al-Dik and east of al-Maghazi camp were targeted.

Avichay Adraee, spokesperson of Zionist Army, said in his Twitter that these attacks were in retaliation to Tuesday evening rocket attack to south of Israel from Gaza, during which alarms went off.
Zionist Regime claimed to hit several watch posts of Hamas in Gaza.

Hebrew language website Makor Rishon claimed that Israeli Regime sent a message to Hamas using the Egyptian mediation regarding the rockets fired from Gaza Strip. In this message Tel Aviv said that the excuse that the lightening caused a rocket to fire is not accepted and any rocket fired will be answered without taking the weather into account.