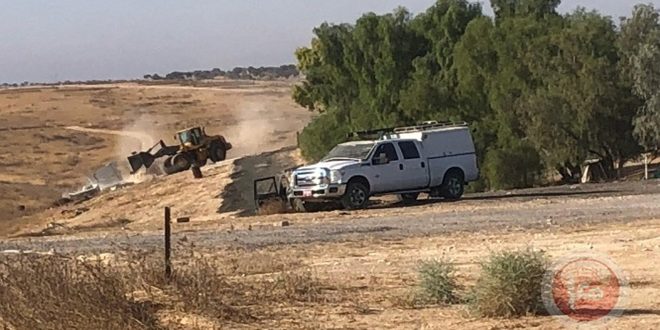 Occupied Jerusalem, SANA- The Israeli occupation forces on Tuesday demolished al-Araqib village, located in Negev region in the Palestinian territories which Israel has occupied in1948, for the 182nd time.

Ma’an News Agency reported that the occupation forces broke into the village with a number of bulldozers and demolished the Palestinian homes and tents, and displaced their families.

The people of al-Araqib village affirmed their continued steadfastness on their lands, and determination to rebuild their homes and erect their tents.

They also stressed their rejection of the occupation plans which demolished dozens of villages in the occupied Palestinian territories, which it has occupied in 1948, with the aim of displacing their people and seizing their lands, within its scheme to Judaize these villages.