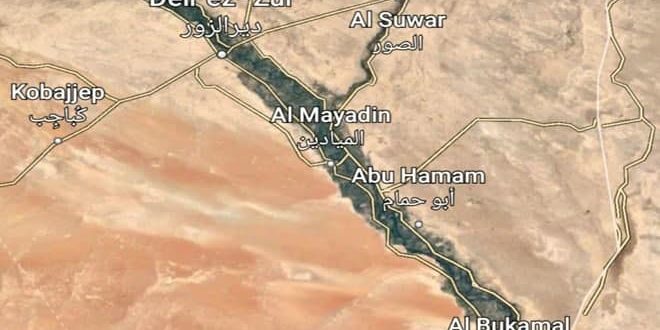 Washington, SANA- An American intelligence official revealed information about coordination between the US and the Israeli enemy entity regarding the air aggression that targeted the city of Deir Ezzor and Al boukamal area in the southeastern countryside of the province on Wednesday.

The official who talked on the condition of anonymity, told AP that the Israeli air aggression was carried out upon intelligence information by Washington, adding that US Secretary of State Mike Pompeo met with Director of the Israeli Mossad, Yossi Cohen, in a restaurant in Washington last Monday.

A military source told SANA that at 1:10 a.m. on Wednesday, the Israeli enemy carried out an air aggression on the city of Deir Ezzor and al- boukamal area.

The Syrian army air defenses confronted repeated Israeli aggressions during the years of the terrorist war on Syria.