Infographic: ISIS activity in Syria in 2020 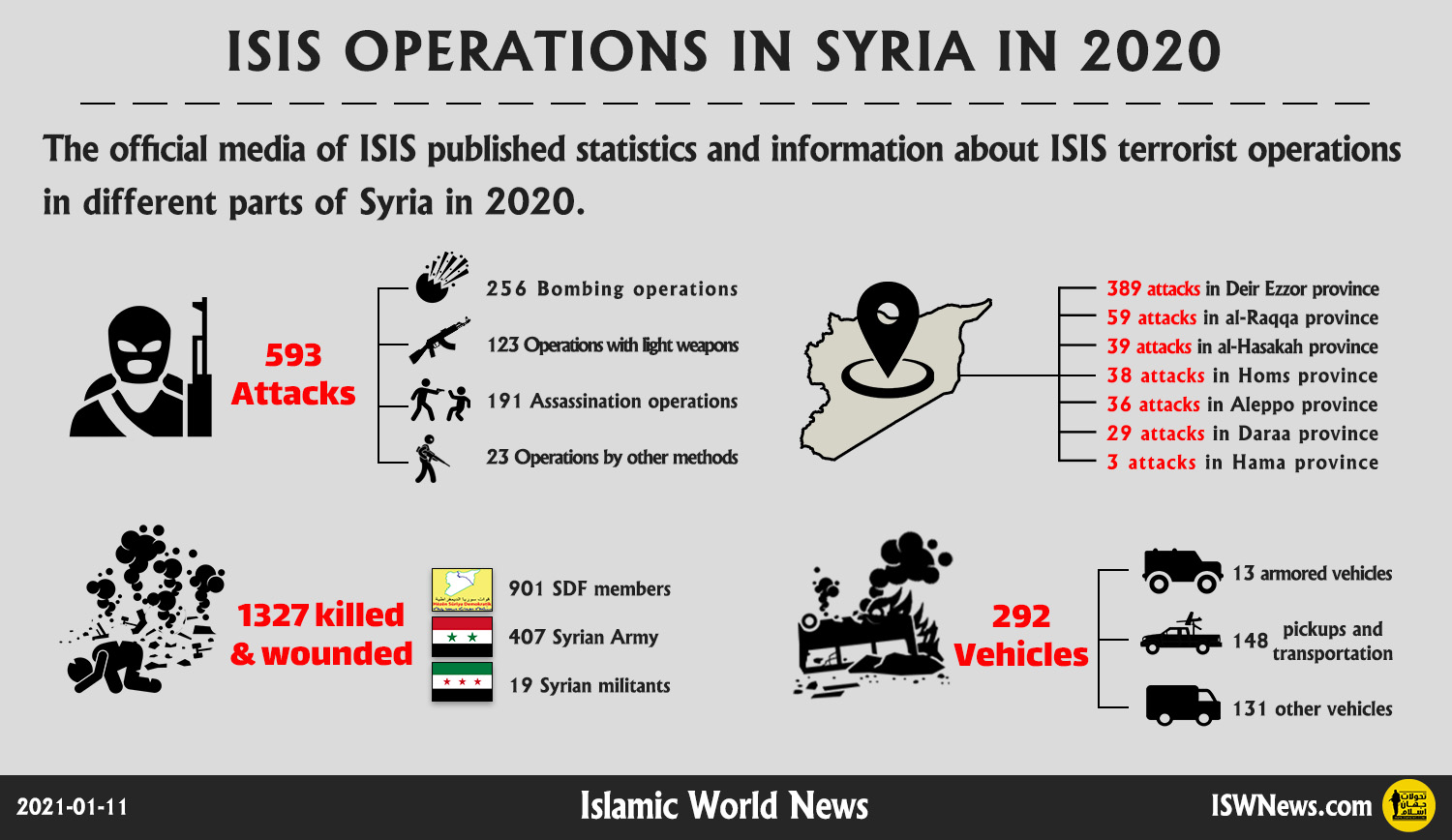 ISWNews Analysis Group: The official media of ISIS claimed to have carried out 593 terrorist operations in Syria in 2020.

According to information provided by ISIS, in 2020, 593 attacks were carried out against the Syrian Democratic Forces, the Syrian Army and other Syrian militants, and a total of 1327 people lost their lives or were injured in these attacks. Also, 292 armored, military and transport vehicles were destroyed or damaged by ISIS.

Statistics from 2020 have been released while since the beginning of 2021, the ISIS group has significantly increased its activities, including ambushes, booby traps and limited operations in the Syrian desert.

It seems that this terrorist group does not seek to occupy government-controlled positions and areas, but with these limited and surprising operations, it seeks casualties from the Syrian army and wants to continue its presence and guarantee its future presence in these areas.