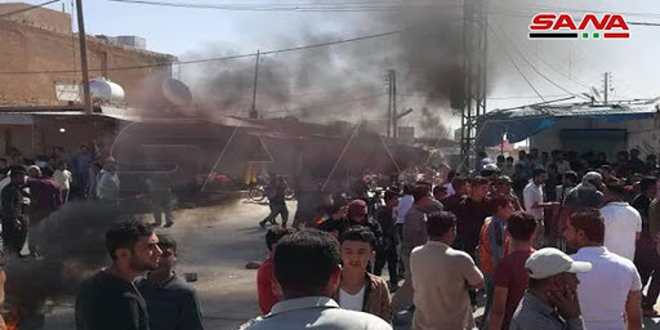 Local sources told SANA that militants affiliated to QSD militia launched raid campaigns in several villages in the vicinity of Marqada town south of Hasaka, kidnaping a number of civilians and taking them to training camps to fight in the ranks of the militia coercively .

In Raqqa ,Local sources told SANA that QSD militants kidnapped number of civilians in storming campaigns launched by the militia in Rmeilah neighborhood east of Raqqa.