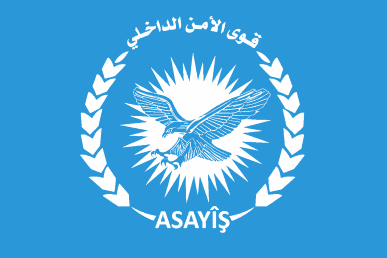 ISWNews Analysis Group: The Kurdish Internal security forces Asayish arrested 10 members of the Syrian army in the city of Qamishli.

– Electricity in Tel Tamar were completely cut off due to Turkish-backed militants targeting power towers in the area.

– The United States has released 60 ISIS members held in the Syrian Democratic Forces (SDF) prison in Hasakah.
According to sources, American helicopters transported ISIS elements to al-Tanf area in southeastern Syria. The United States has done the same in the past, paving the way for the transfer of these Takfiri terrorists to Iraq after the release of ISIS elements from prisons of the Syrian Democratic Forces.

– Four Syrian army forces were wounded in clashes with Kurdish Internal security forces Asayish in northeastern Syria in Qamishli. Residents of the area were also warned to stay away from the conflict areas. According to local sources, as a result of the clashes, the Qamishli market was closed and snipers were stationed on the roofs of houses. This morning, as tensions escalated, a Russian convoy of several armored vehicles patrolled Qamishli.
Yesterday, Asayish forces arrested 10 members of the Syrian army in the city of Qamishli. The Kurds claim that the Syrian army is arresting people affiliated with Kurdish organizations without reason, and that the arrest of Syrian army forces was in response to this move.

– The Turkish army sent another military convoy containing military equipment through the Kafr Lusin crossing into the occupied areas of Syria.

– According to the Russian Reconciliation Center in Syria, the militants violated the ceasefire 36 times in the Idlib region, of which 3 are in Aleppo province, 10 are in Latakia province, and 23 are in Idlib province.