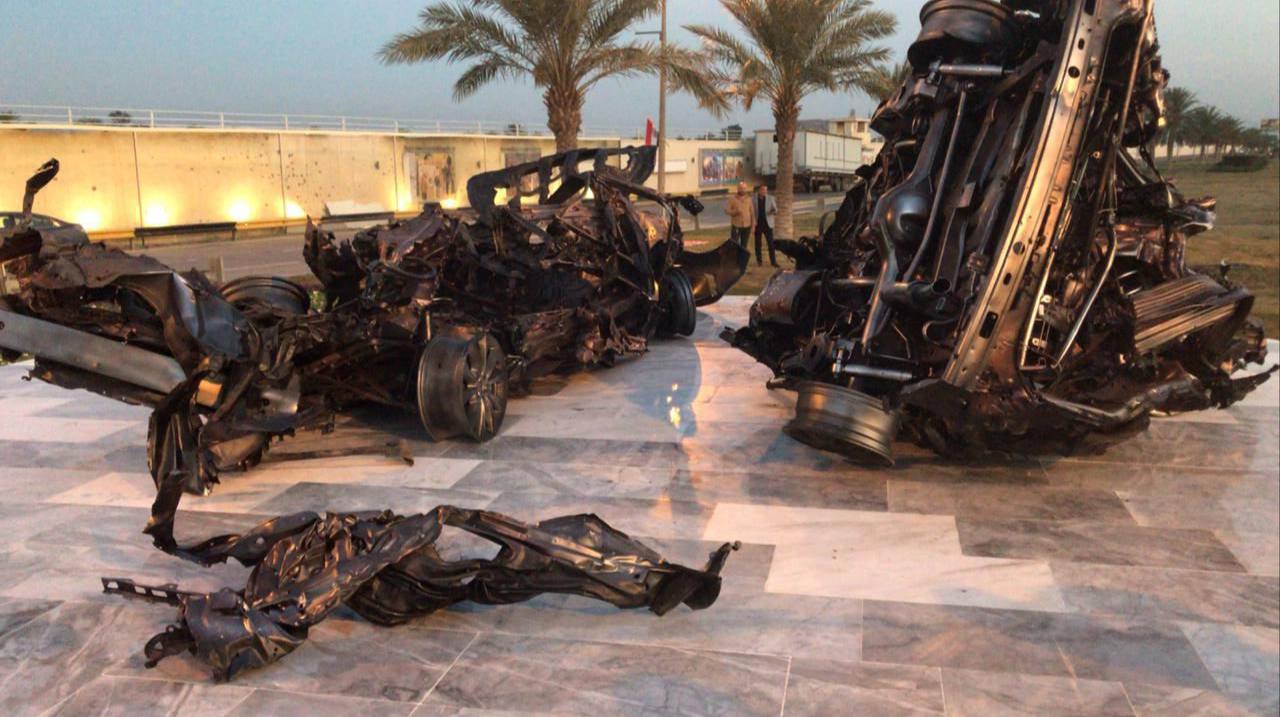 ISWNews Analysis Group: The rest of the vehicles of the resistance commanders were taken to their place of martyrdom on Baghdad Airport Street and placed as a memorial.

– The Iraqi ambassador to Iran announced a joint complaint between Iran and Iraq regarding the US crime in the assassination of General Soleimani and Abu Mahdi al-Mohandes.

– The anniversary of the martyrdom of resistance commanders was celebrated at the Iranian embassy in Baghdad in the presence of various Iraqi figures. A ceremony for the martyrs General Soleimani and Abu Mahdi al-Mohandes was also held by the Law Coalition led by Nouri al-Maliki.

– Turkey continues to bomb the northern regions of Iraq in the Kurdistan region. Turkey has entered the country under the pretext of fighting the PKK militants in some parts of northern Iraq to a depth of more than 20 kilometers.

– Following the non-payment of a multibillion-dollar debt for gas imports from Iran, Iraq was faced with the suspension of gas exports from Iran. After the Iranian Minister of Energy Reza Ardakanian visited Iraq and met with Iraqi officials, Iranian gas exports to Iraq resumed.

– A spokesman for the Anti-ISIS coalition tweeted from the US Central Command in the region that another phase of US aid to Iraqi and Kurdish forces, including hundreds of military vehicles, would occur in the future.

– Fourteen years have passed since Saddam Hussein’s execution and leader of the Ba’ath party in Iraq.

– Former Iraqi Deputy Prime Minister Al-Araji: US involvement in Salem al-Jabali’s appointment as director of the Commercial Bank of Iraq to take control of the bank to have direct contact with companies, contracts, and manage sensitive economic cases.

– In the past few days, several logistics convoys of American terrorists have been attacked by resistance forces in various parts of Iraq.