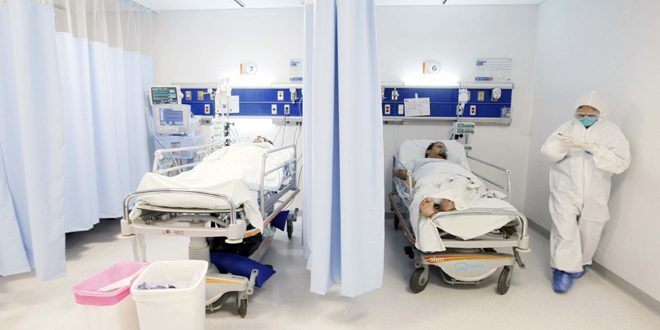 Capital, SANA- The Coronavirus has claimed the lives of more than a million and 765 thousand people worldwide since its appearance last December, according to the latest statistics of the American Worldometers website.

According to the website which is run by a number developers and operators, the total number of coronavirus cases around the world has reached up to 80,763,522 so far, and the deaths 1,765,629 cases, while the total number of recoveries from infection with the virus has amounted to 56,961,350 cases up till now.

In Mexico, the Ministry of Health said that it had recorded 4,974 new infections and 189 deaths, which is a sharp decrease from 9,679 infections and 665 deaths on the previous day, and this increased the total number of infections to a million and 377,217 cases and the deaths to 122,026.

In China, the National Health Commission said that it had received reports of 22 new confirmed cases in the Chinese mainland yesterday, including 12 local cases and 10 cases which came from abroad.