One civilian injured, others kidnapped by QSD militia in several villages in Hasaka countryside 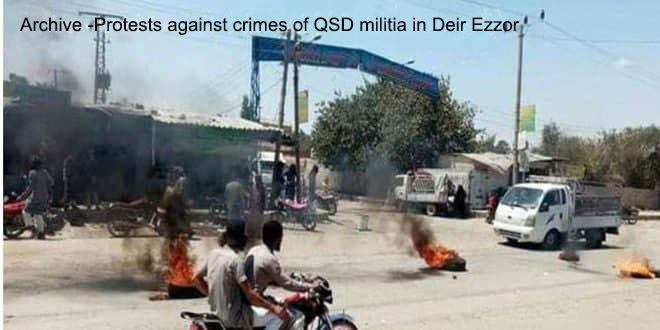 Hasaka, SANA-A civilian injured when US occupation –backed QSD militia shot fire on him, after launching a wide campaign of raids in several villages in the surrounding of Qamishli city in Hasaka countryside, and kidnapped many of civilians.

The sources pointed out that the armed group of QSD militia, during the raids, shot fires on civilians, causing the injury of a citizen, in addition to kidnapping a number of citizens by militia and took them to unknown destinations.

The sources added that the QSD militia surrounded Abu Fera village affiliated to al-Qahtaniyah, district northeast of Hasaka,and kidnapped a number of citizens.