Minister Sarah: The Syrian media is ready to confront all attempts to target it 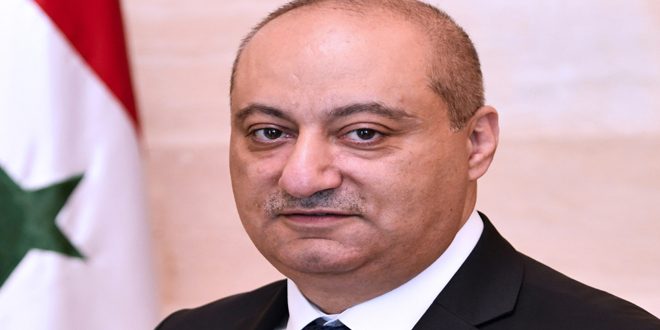 Damascus, SANA- Information Minister Imad Sarah confirmed that the Syrian media is ready to face all attempts of targeting or silencing it, pointing out that the decision of the European administration of the Eutelsat satellite to put down Syrian official media channels is part of the war on Syria in which all kinds of religious, economic, media and other weapons were used.

Minister Sarah said in a speech to “Sham FM” radio on Thursday that “in front of these wars we expect the worst, and not only silencing the national media, but besieging everything in Syria,” pointing to the failure of previous attempts to target the national media, such as bombing the building of Syrian Al-Ikbaryia channel in addition to targeting the general etablishment of T.V and Radio with shells and terrorist bombing operations, but the general Establishment, with all its channels, is currently on the air.

Minister Sarah stated that the national media, which offered 40 martyrs and more than 60 wounded in defense of Syria, is ready to face all attempts to target or silence it, adding, “Currently, we are witnessing a war on social media by targeting all Syrian institutions.