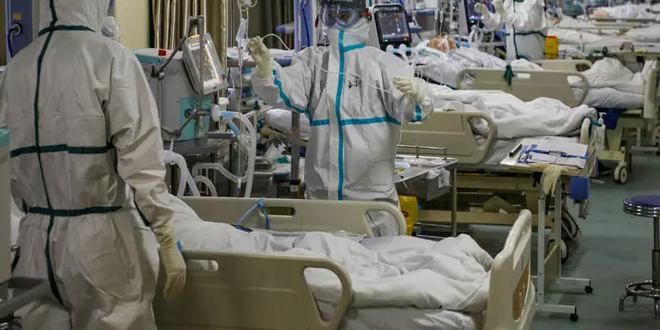 Capitals, SANA- Russia has recorded 450 coronavirus deaths and 27,328 new infections over the past 24 hours, in a time when a wide vaccination campaign has been launched in different regions across the country.

The Russian Center for Pandemic Control stated that the total number of infections amounted to two million and 681,256, of which 47,391 have died, and two million and 124,797 have recovered.

In South Korea, seven deaths and 718 new cases of the virus have been recorded, bringing the death toll to 587 and the infections to 43,484.

Meanwhile, the Indian Ministry of Health announced the registration of 336 new deaths and more than 27,000 new cases of the virus during the last 24 hours.

The Ministry stated that 27,071 new infections have been recorded, bringing the total number of infections in the country to 9,884,100, while the number of deaths has reached up to 355,143.

In the same context, the Brazilian Ministry of Health announced the registration of 21,825 new infections and 279 deaths from the virus during the past 24 hours, which represents a significant decline in the curve compared to yesterday’s statistic.