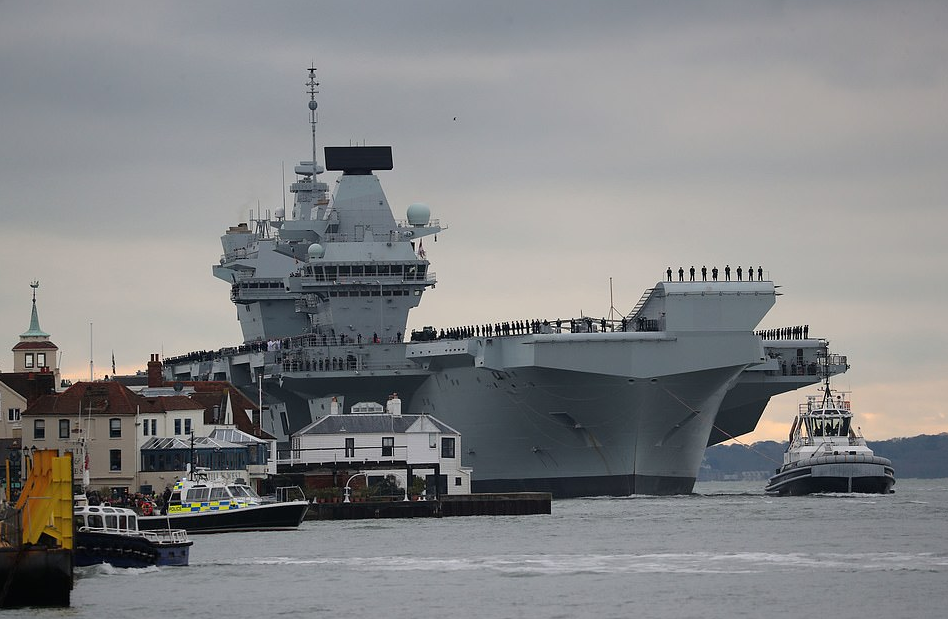 It’s the latest in a series of embarrassing technical and mechanical setbacks for the UK Royal Navy’s HMS Prince of Wales aircraft carrier after suffering at least two prior significant water leaks.

“A flood on board the Royal Navy’s newest aircraft carrier HMS Prince of Wales has delayed the program,” a military analysis site reports based on Royal Navy statements. “The navy has said it will not have a long-term effect on the regeneration of the UK’s Carrier Strike capability.”

A Royal Navy spokesman told British media that the “HMS Prince of Wales is alongside at HMNB Portsmouth conducting repairs following a flood in an engine room.”

The £3.1billion state-of-the-art ship was due to sail to the United States where it was to conduct joint exercises with the US military. The Daily Mail and other outlets are reporting that the extensive repairs could keep it docked for six months and it’s currently being called a major embarrassment to UK naval capabilities.

Here’s what a source told The Sun:

‘It’s embarrassing. The America trip took years of planning and we’ve had to say we can’t come.

‘It will take months to repair the damage. Costs will run to millions.’

Meanwhile The Telegraph has published the following leaked video purporting to show flooding in one of the carrier’s common area living compartments:

The carrier is concerned among the few NATO-ready craft which is capable of launching the advanced F-35 jets; however, it appears the crucial “ready” part of this is now in doubt.