Grospic reiterates support to Syria in the fight against terrorism 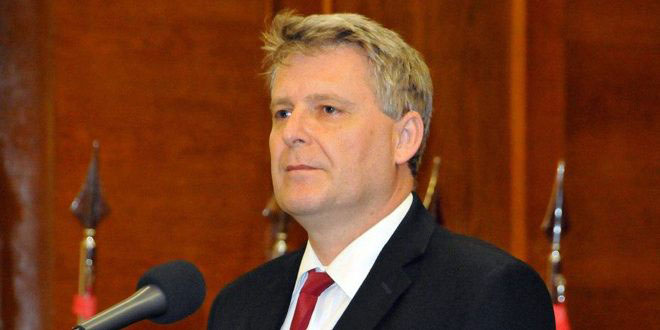 Prague-SANA, Vice-president of the Czech Moravian Communist Party, Stanislav Grospic, reiterated his support to Syria in the war against terrorism and liberation of its lands and its demand for the return of the occupied Golan.

Grospic, Chairman of the Czech Parliamentary Friendship Group with Syria, affirmed in a post published on the official website of the party that turning a blind eye to the Zionist entity’s acts of looting the Golan lands and practicing terrorism against its citizens is a crime, pointing out to the Israeli enemy’s support for the terrorists in Syria, cooperation and close association with the US administration and the Turkish regime in exporting and financing terrorism.

He also condemned the last Israeli aggression against Syria, stressing that it is a new evidence on the “state terrorism” policy practiced by the Zionist entity.