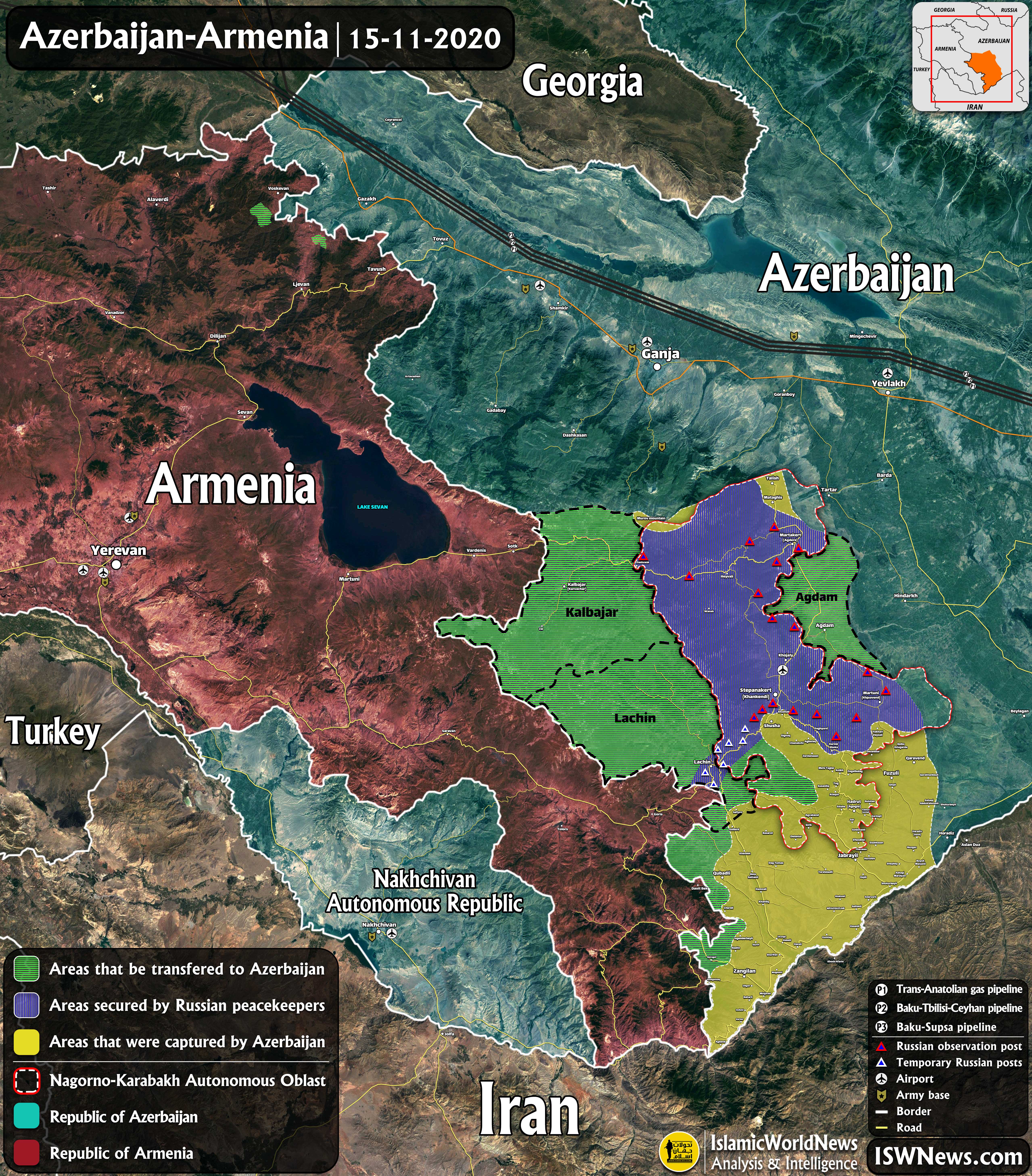 – The process of return of Armenians who fled to Armenia from Stepanakert has started today. Stepanakert residents are returning to this city.

– The process of sending Russian equipment to Armenia for deployment in Nagorno-Karabakh continues.

– The Russian and Azerbaijan Foreign Ministers discussed by telephone the progress of the implementation of the ceasefire agreement and other issues of Nagorno-Karabakh.

– Armenia released the names of 51 other Armenian soldiers who lost their lives in the Nagorno-Karabakh war.

– General Rustam Muradov, commander of the Russian peacekeeping force in Nagorno-Karabakh, denied rumors that he is of Azerbaijani origin.
He stated in an interview that he is from Dagestan and ethnically Tabasaran and he has no relationship with Azerbaijan. He emphasized that he is a Russian officer and will carry out his mission as planned.
It is worth mentioning that he Tabasarans are an ethnic group who live mostly in Dagestan, Russia and they speak the Tabasaran language and are mainly Sunni Muslims.