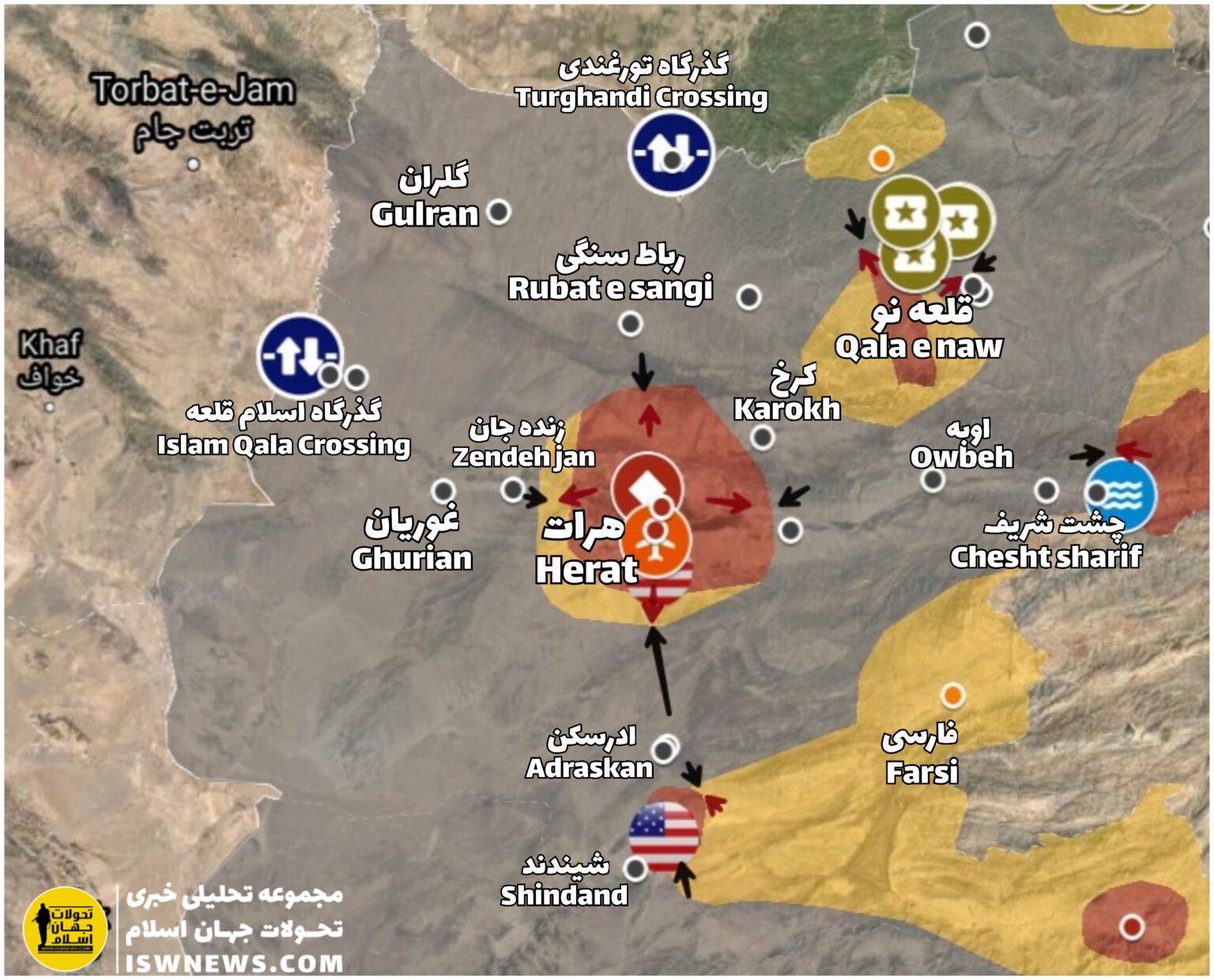 ISWNews Analysis Group: After the Taliban advanced in recent days in Herat province, the capital of the province was besieged by the group’s militants.

Taliban attacks in Herat province intensified on May 31 with the attack on Ghourian district. Gradually, these clashes escalated in other districts, and to this day, the districts of Gulran, Kushk, Kushke Kohneh, Ghourian, Zende Jan, Kuhsan, Adraskan, Shindand, Farsi, Chesht Sharif, Karokh, Pashtun Zarghun and Obeh have been captured by the Taliban. The districts of Injil, Gozara and Herat are also under government control and are under siege by the Taliban.

Recently, Mohammad Ismail Khan, one of the old jihadi commanders and the former ruler of Herat, entered the developments in the province and took a stand against the Taliban. He has fought the Taliban twice before, the first time being defeated and captured by the Taliban, and the second time on 2001, with the help of the Iran’s IRGC Quds Force, he liberated Herat from Taliban control.

Herat province has a population of about 600,000 and is inhabited by different ethnic groups in Afghanistan, from Pashtuns to Tajiks, Hazaras, etc.

Herat province is one of the most vital regions of Afghanistan, which has a high role in economic relations between Afghanistan and the region due to its common border with Iran and Turkmenistan. Therefore, the Taliban and the central government will make great efforts to control this province.