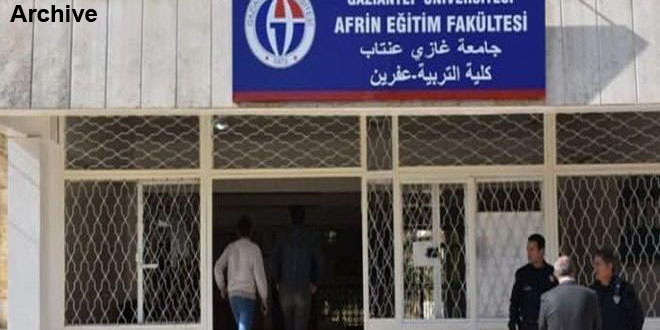 Damascus, SANA -The Turkish regime went ahead in its practices and crimes against the Syrians that aim to Turkify areas which it occupies in Syrian territories.

Local sources in Idleb revealed that the Turkish occupation and its mercenaries intends to establish the so-called “General Secretariat of the Civil Registry” in the province which will be directly affiliated to the occupation authorities in addition to establishing local councils in the cities, towns and villages which are still under the control of terrorists.

This method and approach of Turkish regime imitates crimes of Israeli occupation authorities against Syrian citizens in the occupied Syrian Golan in a repeated attempt to usurp the Syrian identity from the occupied areas through changing the names of streets, schools and major landmarks in the occupied cities and towns.