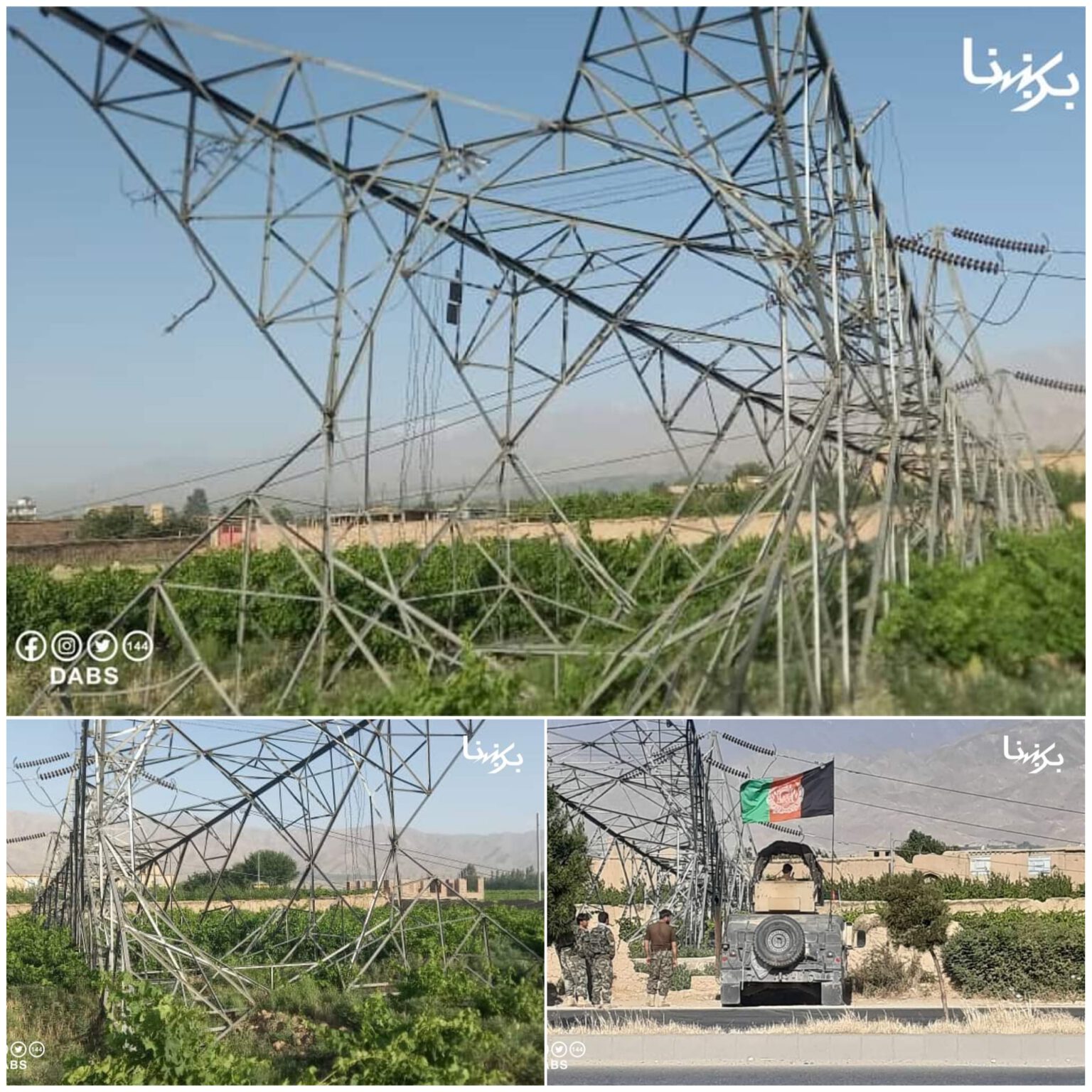 3- Qandahar:
According to Afghanistan Defense Ministry, in the conflict between army and Taliban in Maiwand, Panjwai and Khakriz, 15 Taliban militants killed and 5 wounded.

4- Kabul:
Taliban militants destroyed a power pole in Qara Bagh which caused power outage in several areas of Kabul and the government is trying to restore the power. (image)

5- Maidan Wardak:
Afghanistan army reported of launching an operation in Jalriz and Nirkh which were recently occupied by Taliban.

7- During the past 24 hours, 100 Taliban members were killed and 50 others were injured in clashes in Laghman, Kunar, Nangarhar, Ghazni, Paktia, Maidan Wardak, Khost, Zabul, Badghis, Herat, Faryab, Helmand and Baghlan provinces. Also, 35 explosive traps and mines were discovered and neutralized by the army, according to Afghanistan Defense Ministry.