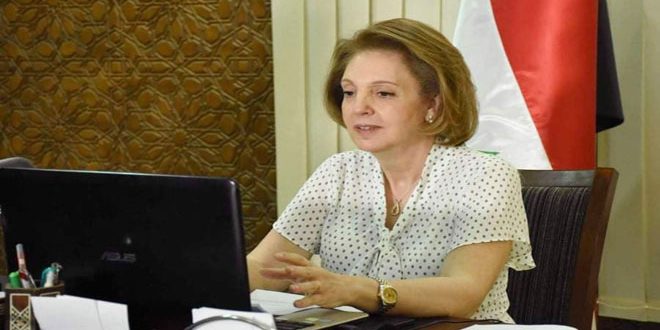 Damascus, SANA-The Convention on the Protection and Promotion of the Diversity of Cultural Expressions, sponsored by the United Nations Educational, Scientific and Cultural Organization (UNESCO) in 2005, and ratified by Syria in 2008, calls for the protection and promotion of cultural diversity, increasing awareness of its value locally and internationally, creating conditions for the flourishing of cultures and their interaction, and encouraging dialogue between them.

In the Conference of Parties Signatories to the Agreement in its eighth session, organized by UNESCO with the participation of Syria, Minister of Culture, Dr. Lubana Mshaweh , affirmed in a speech via Internet that cultural diversity is the distinguished feature of Syrian national identity and that the constitution applied in Syria since 2012 guaranteed the protection of this diversity with all its forms.

According to Dr. Mshaweh, the current Syrian constitution also guaranteed copyright, cultural and artistic creativity, and invention rights, referring to the issuance of the law on the protecting the rights of the author in 2013.

She added that Syria submitted its periodic report on building of capabilities in the field of monitoring policies based on the integration approach, pointing out that the immaterial Cultural Heritage Law to be , issued soon, forms the legal guarantor framework for the preservation and sustainability of the heritage.

Dr. Mshaweh concluded her speech by affirming Syria’s commitment and desire to pay the voluntary share to the Multiculturalism Fund) IFCD (for the year 2021.