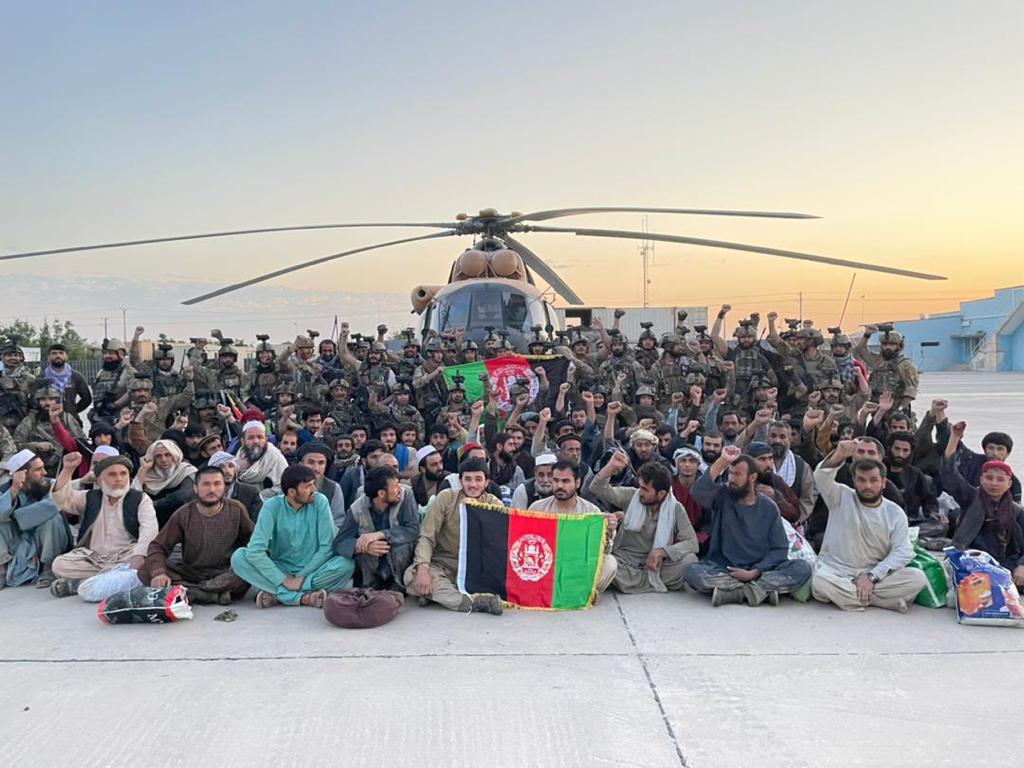 ISWNews Analysis Group: In an Afghan Army operation on the outskirts of Baghlan city, 69 Afghan soldiers and civilians were released from the Taliban prison.

1- Baghlan:
– The Afghan army launched an operation to liberate the city of Baghlan from Taliban control.
– During a special forces operation on the outskirts of Baghlan city, 69 prisoners, including 36 soldiers and 26 civilians were released from Taliban prisons. Also, 4 Taliban members were killed during the operation. (image)

2- Helmand:
A Pakistani officer was wounded during an Army airstrike on a Taliban hideout in Khanshin area and was killed after being taken to Quetta Hospital.

3- Badakhshan:
At least 500 families have been displaced by Taliban militants in the district of Yaftal.

4- Jowzjan:
– Afghan Army airstrikes on Taliban positions in Kalabaf area in Aqcha district.
– “Agha Mohammad”, the commander of the security forces in Aqcha district, was assassinated by one of his bodyguards.

5- Badghis:
Five people were killed in a Taliban attack on security forces in Qala-e-Naw.

7- During the last 24 hours of clashes between the army and the Taliban in the provinces of Nuristan, Laghman, Logar, Maidan Wardak, Zabul, Uruzgan, Herat, Balkh, Jawzjan, Helmand, Badakhshan and Takhar, 186 Taliban members were killed and 94 people were injured, according to the Afghanistan Ministry of Defense.


© 2007-2020, All Rights Reserved Syria|Turkey|Yemen|Qatar|Afghanistan|Azerbaijan|News|War
Latest Updates on Afghanistan, 26 May 2021</nofollow>